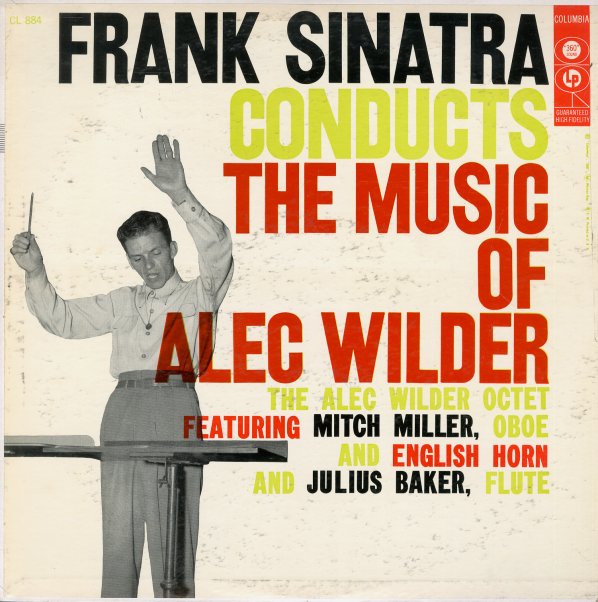 One of Frank Sinatra's earliest experiments with instrumental music – a set of tunes composed by Alec Wilder – including some handled by Wilder himself, with a group that includes Mitch Miller on oboe and Julius Baker on flute – in a cool modern chamber jazz mode!  © 1996-2022, Dusty Groove, Inc.
(Mono 6 eye pressing with deep groove. Cover has some surface wear, aging, half split top seam, a peeled spot at the opening, and some stuck-on paper on back.)