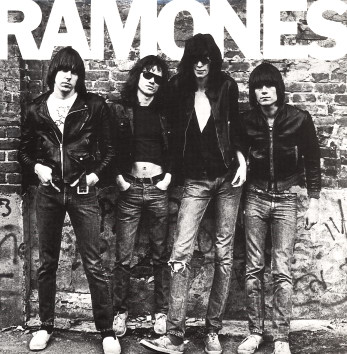 The birth of punk rock as a bonafide genre, and not only that, a record that changed the rules – stripping rock and roll back down raw essentials – and unwittingly appearing as one of the greatest rock albums ever made. Given the stripped, buzzing simplicity, it's impossible to describe this record without sounding like a blow hard, but you really can't overstate what these four goony guys from Queens accomplished. 30-odd years of the most visceral pop music concentrated into 2 minute, 3 chord blasts of beautiful sonic catharsis – and they could barely even play! It's astonishing. Thanks boys! Tracks include "Blitzkrieg Bop", "I Wanna Be Your Boyfriend", "Beat On The Brat", "Now I Wanna Sniff Some Glue", "I Don't Wanna Around With You", "Loudmouth", and "Today Your Love Tomorrow The World".  © 1996-2021, Dusty Groove, Inc.