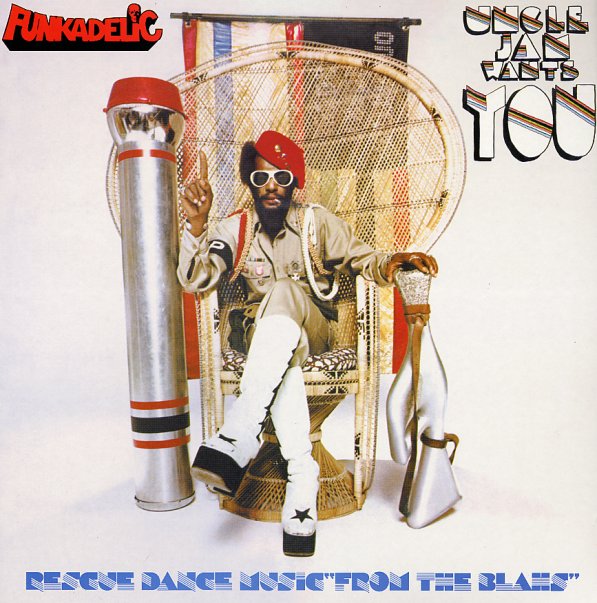 One of our favorite Funkadelic albums ever – a tightly grooving classic that never lets up at all! There's a sense of perfection to everything here – one that really gets the group past their tripped-out early years, and firmly into the sublime territory George Clinton hit with Parliament – an amazing sound that's wrapped up perfectly on every single track – grooves that definitely raised the bar for a huge amount of mainstream funk acts who were popping up at the time. Production is never too slick, and there's still lots of tasty guitar licks wrapped up in the mix – and titles include the classics "Freak Of The Week" and "Not Just Knee Deep" – plus "Field Maneuvers", "Holly Wants To Go To California", and "Foot Soldiers".  © 1996-2022, Dusty Groove, Inc.
(NOTE – Vinyl has heat damage and skips during the first track on each side. Cover has a cutout notch.)