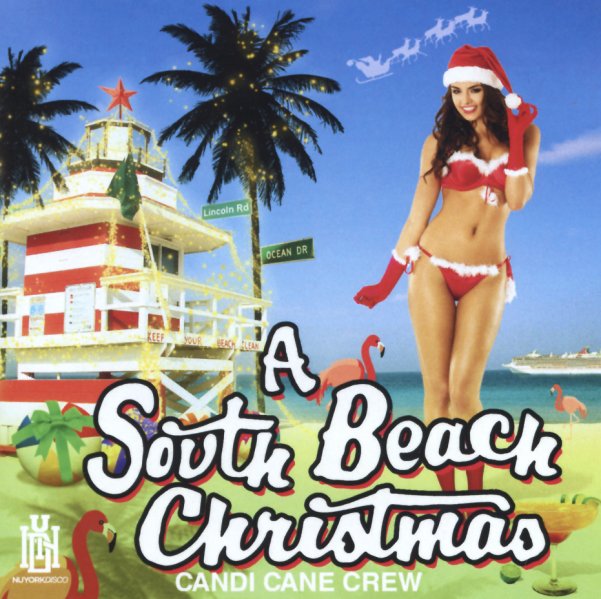 Christmas happens all around the globe, even in spots where the snowfall is light, and a White Christmas is unlikely to happen – and while we're not entirely sure this is the way they celebrate the holiday on the South Beach of Miami, Dio and the Candi Cane Crew try to imagine what such a celebration might sound like! The approach here is electro soul with gentle bass – mostly using familiar Christmas tunes, reworked with a mode that's almost that crossover holiday soul style from the late 80s – but with the inclusion of a few new raps by group members from time to time. Titles include versions of "Frosty The Snowman", "Jingle Bells", "Sleigh Ride", "Last Christmas", "Santa Baby", "Let It Snow", and "Rudolph The Red Nosed Reindeer".  © 1996-2022, Dusty Groove, Inc.

Le Tourbillon De Ma Vie
Jacques Canetti/Because (France), Mid 60s. New Copy
CD...$9.99 14.99
A classic collection of vocal tracks from one of France's greatest actresses – the lovely Jeanne Moreau, who also turns out to be one heck of a great singer as well! You might know Moreau from her famous film appearances – in Jules et Jim, Ascenseur Pour L'Echaufaud, La Notte – ... CD