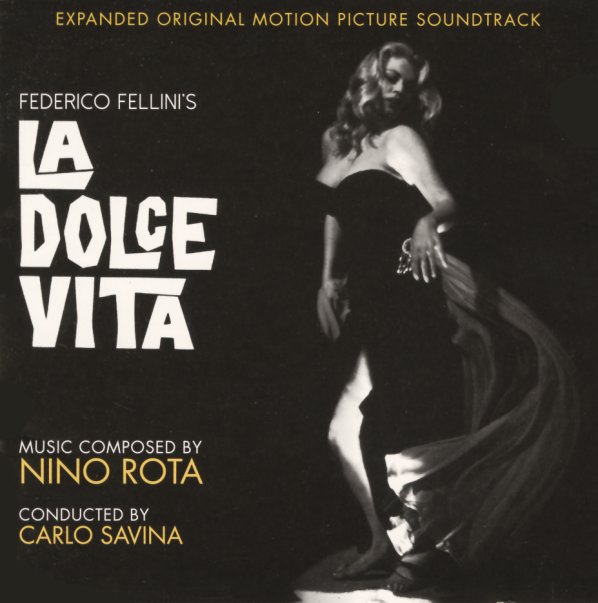 One of the all-time classic Italian film scores – a groundbreaking soundtrack from Nino Rota, and one of the first Italian works of this nature to hit the record racks in the US! The music is a beautiful blend of whimsy and sadness – penned by Rota with a variety of light themes that dance together with a dreamy sort of quality – romantic one minute, dramatic the next – always handled with Nino's inventive sense of musical play! Larger orchestrations come into play with smaller combo elements that evoke the new world of jazz and rock on the scene in Rome – and the whole thing is a musical delight throughout – with titles that include "La Dolce Vita", "Cadillac", "Via Veneto", "Titoli Di Testa", and "Valzer". Plus, this 2CD edition is stunningly overflowing with amazing bonus tracks! It includes the 11 tracks from the original album, plus 40 more titles from the film recording of the score, plus another 19 alternates and bonus tracks – 70 titles in all, and over two hours of music!  © 1996-2022, Dusty Groove, Inc.
(Limited edition!)