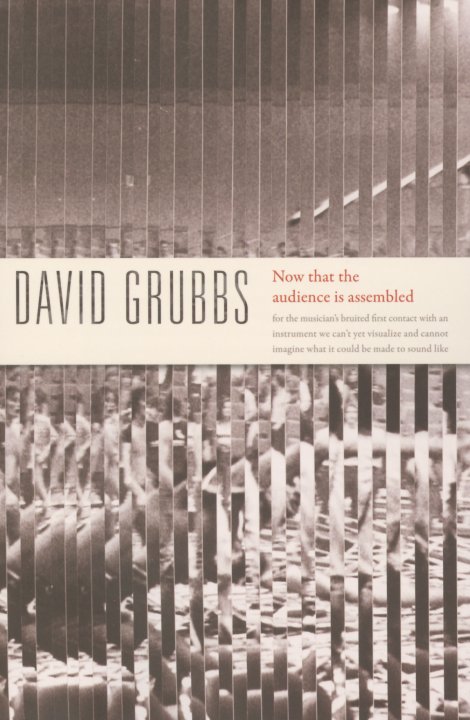 A beautiful book-length prose poem from David Grubbs – an artist that some know as a musician, some as a singer, and some as a writer for his previous essential volume on improvised music! The book is very narrative – and tells this dream-like story of a musician faced with the need to figure out and assemble an instrument in front of a crowd of waiting listeners – who themselves get roped into the action as the story moves on – all in a way that almost reminds us of the Little Nemo In Slumberland work from Windsor MacKay! The writing is wonderful – and balances moments of action with passages of reflection – all while examining the relationship between musician and listener, in a way that's as eminently readable as it is theoretical – and is maybe a secret look at the nightmares that all performers must get as the years go by. The wit of Grubbs' lyrics come through beautifully in the writing – and like the artist himself, the book is as down to earth as it is filled with new ideas and pathways for continuous creative activity! 142 pages, softcover.  © 1996-2021, Dusty Groove, Inc.