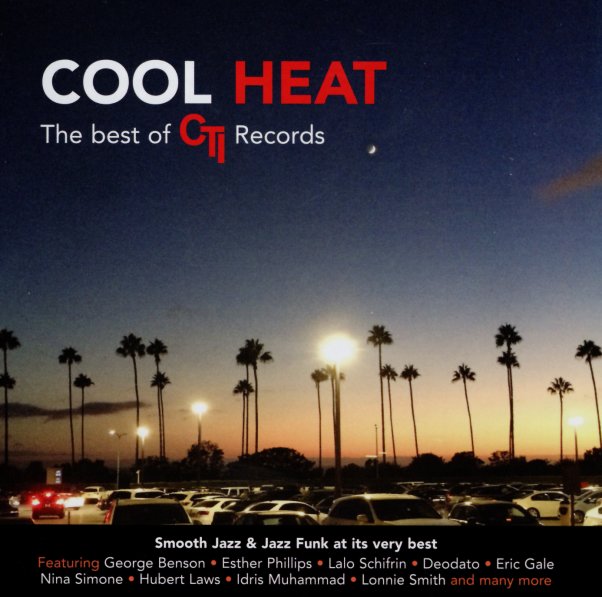 A great introduction to the legendary CTI Records label from the 70s – a groundbreaking imprint for both jazz and soul, and a company who helped a whole generation of musicians find a new way forward! The set's got a really great balance – with both some of the funky jazz and soulful vocal cuts recorded by the label and it's partner imprint, Kudu – and over the course of the 25 tracks on the extended collection, you'll not only hear a great evolution in grooves for the 70s generation – but also a fair bit of tracks that have gone onto new lives as sample cuts too! Titles include "Mama Wailer" by Lonnie Smith, "Say You Love Me" by Patti Austin, "2001 – Also Sprach Zarathustra" by Deodato, "Jaws" by Lalo Schifrin, "Could Heaven Ever Be Like This" by Idris Muhammad, "Supership" by George Benson, "Baltimore" by Nina Simone, "Polar AC" by Freddie Hubbard, "Home Is Where The Hatred Is" by Esther Phillips, "It's Going To Take Some Time" by Gabor Szabo, "Flute Song" by George Benson & Joe Farrell, "Forecast" by Eric Gale, "Baretta's Theme" by Ron Carter, "Breakout" by Johnny Hammond, "Wildflower" by Hank Crawford, "Westchester Lady" by Bob James, "Grand Prix" by Fuse One, "Shoogie Wanna Boogie" by Dave Matthews, "Be Yourself" by Kenny Burrell, "Sugar" by Stanley Turrentine, "Red Clay" by Freddie Hubbard, "Super Strut" by Deodato, and "Follow Your Heart" by Joe Farrell.  © 1996-2023, Dusty Groove, Inc.
(Still sealed.)