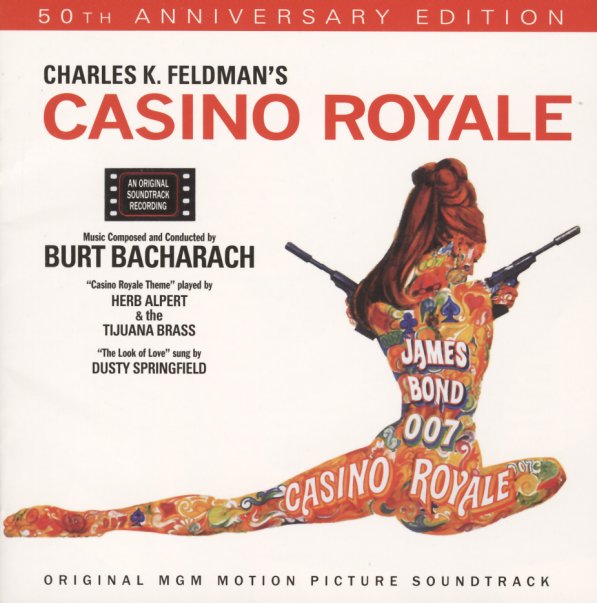 One of Burt Bacharach's finest moments, and a soundtrack that we never tire of hearing! Burt wrote all the tunes – and the album's a wonderful romp, with lots of odd twists and turns that are quite different from Burt's usual bag (baby!), but which still have all of the charm of his best work. A few performances on the set are by Herb Albert & The Tijuana Brass, who do the completely chaotic "Casino Royale Theme" – and the lovely Dusty Springfield sings a versions of "Look Of Love" that has to be the best ever recorded! Other tracks include "Home James, Don't Spare The Horses", "Money Penny Goes For Broke", "The Venerable Sir James Bond", and "Hi There Miss Goodthighs". This expanded 50th anniversary edition is different than any of the other bonus versions on the market – as it first features the full album in stereo, then includes another 22 mono tracks, many never heard before – tunes from the film and a few singles – with titles that include "Sitar Background", "The Black Rose", "James Bond In Scotland", "Gymnasium Training", "Le Chiffre's Magic Act", "Bond Arrival In France", and "Have No Fear Bond Is Here", with vocals by Mike Redway.  © 1996-2022, Dusty Groove, Inc.
(Limited edition!)