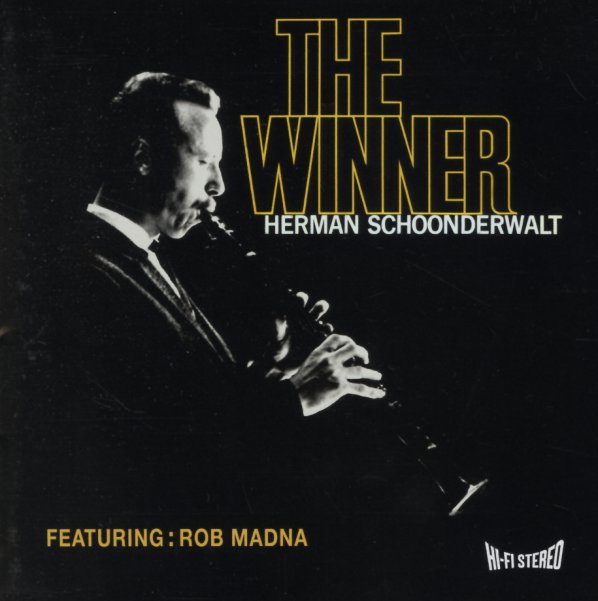 The first full length album from Dutch reedman Herman Schoonderwalt – a musician pictured with a clarinet on the cover, but who also blows alto and soprano sax on the date as well! Schoonderwalt had appeared on a few of the previous well-circulated Jazz Behind The Dikes series – an important showcase for Dutch jazz in the postwar years – but this is the first set to feature the reedman as a leader, and he really seems to have saved up all of his best energy for the session – blowing with an easy dexterity on all instruments, ala Jimmy Giuffre – and with an open flow that's more modern than you might expect, almost the mix of modernism and lyricism that you'd get from Stan Getz in his post-bossa years. The rhythm section is great – Rob Madna on piano, Ruud Jacobs on bass, and Cees See on drums – and titles include "Nardis", "The Winner", "My Plea", "Speak Low", "The Winker", "Get Out Of Town", and "I Loves You Porgy". CD features 5 bonus tracks – with a variety of different group settings – "Cheops", "Mensen Van Morgen", "Our Delight", "Tranquilloquy", and "Visca L'Ampurda".  © 1996-2022, Dusty Groove, Inc.

Mandela/Chess
MCN (Netherlands), 1969/1972. New Copy
CD...$19.99 22.99
Two rare albums from Dutch reedman Theo Loevendie – both amazing little records that sound beautiful here on a single CD! Mandela features complicated lines from a hip Netherlands combo of the late 60s – one headed up by Theo Loevendie on alto sax, but which acts a lot more like a ... CD

On A Clear Day – Live At Van 99 Hall (SHMCD pressing)
Philips/Universal (Japan), 1975. New Copy
CD...$18.99 23.99 (LP...$49.99)
Lovely work from this overlooked Japanese pianist – a really great player who hits some warmly soulful grooves in this mid 70s set! The album features Kunihiko Sugano's trio working with an extra percussionist – a player who doesn't step in much, but who manages to bring a special sort ... CD