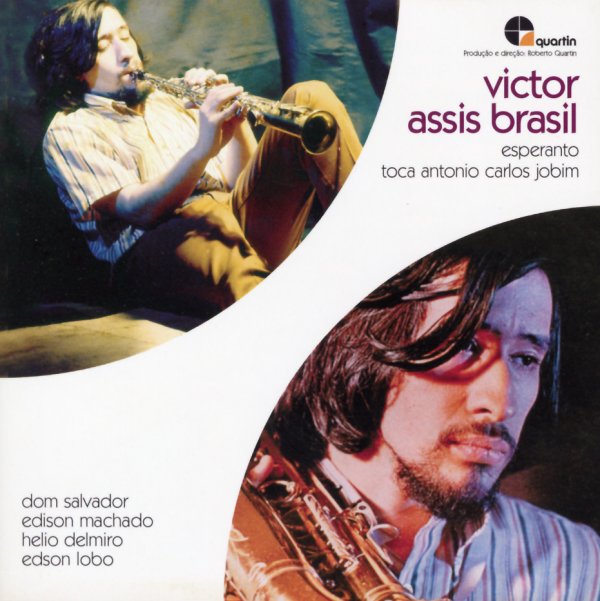 A fantastic double-length set – two full albums of music, essential for any fan of Brazilian jazz – or even jazz in general! First up is Esperanto – an incredible album from one of Brazil's greatest reed players of the 70s – the mighty Victor Assis Brasil – a free-thinking spirit who really took Brazilian jazz in bold new directions at the time! The record shows Victor absorbing a lot of post-Coltrane influences, and blending them with a tight approach to rhythm – laid down here by Dom Salvador on piano (and organ), Edison Lobo on bass, and Edson Machando on drums. The group is completed by Helio Delmiro on guitar, and Claudio Roditi plays trumpet on one track – but the real highlight is the amazing reed work by Brasil, which is filled with soul and warmth, plus a deep sense of exploration. The whole session was put together by Roberto Quartin in 1970 – and it's still extremely fresh today. Titles include "Children", "Gingerbread Boy", "Senegal", and "Marilia". Next is Toca Antonio Carlos Jobim – a fantastic album from this legendary Brazilian saxophonist – and one that's way different than the usual instrumental reading of the music of Antonio Carlos Jobim! The setting is less of a bossa-inspired one than a post-Coltrane mode – as Victor Assis Brasil blows alto sax, and a bit of soprano – on long, stretched out versions of Jobim compositions – often given a bit of modal energy, thanks to the group's strong piano and organ performances by Dom Salvador. The rest of the players are all great, too – Helio Delmiro on guitar, Edson Lobo on bass, and Edison Machado on drums – all players who grew up in the bossa jazz years of the 60s, but who here are set free to explore new territory by producer Roberto Quartin. The whole thing's wonderful – and titles include "Bonita", "Wave", "So Tinha De Ser Come Voce", and "Dindi". CD also features two bonus tracks – alternate takes of "Ao Amigo Quartin" and "Marilla".  © 1996-2022, Dusty Groove, Inc.