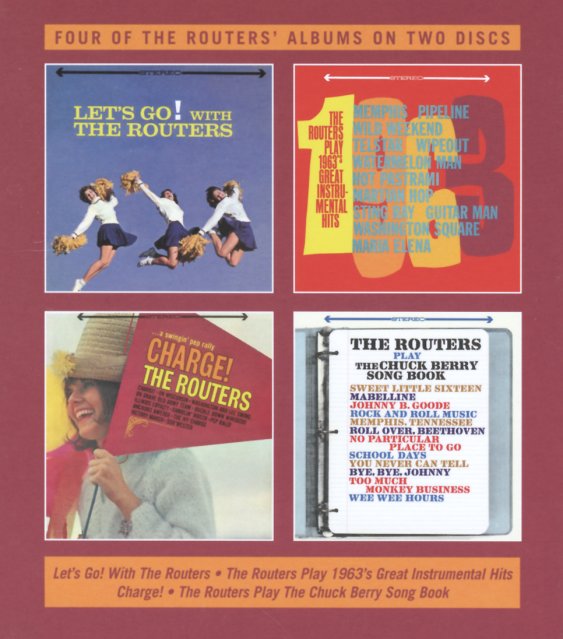 Four classic albums from The Routers – one of those unusual 60s groups who never really existed as a real band – but whose name was used to sell some very groovy records at the time! The Routers came from the same production talents who handled The Markettes – who also made some sweet instrumental albums for Warner Brothers at the time – and like that "group", the real music here is mostly played by the cream of LA's session musicians – including Wrecking Crew heavyweights like drummer Hal Blaine, and tenor sax legend Plas Johnson. All tunes are instrumental – and some follow a surf rock mode, while others focus on a particularly strong mode that made The Routers soar – kind of a jaunty, chanting style that was particularly great for big crowds at a live event. As you might guess from the album titles here, some of the records are heavy on Router-ized covers, while others feature original material – and titles include "Let's Go", "Sting Ray", "Martian Hop", "Half Time", "Bucket Seats", "Make It Snappy", "Mashy", "Charge", "Illinois Loyalty", "Ramblin Wreck", "School Days", "Sou'wester", "Pep Rally", "Roll Over Beethoven", and "Bye By Johnny". 48 tracks in all – and complete notes on the "group"!  © 1996-2022, Dusty Groove, Inc.