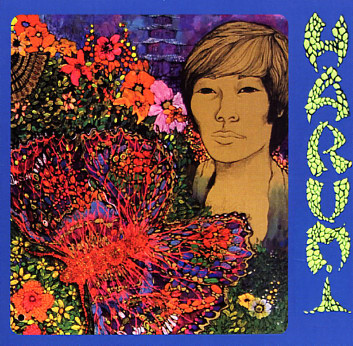 One of the trippiest albums recorded for Verve in the 60s – a unique 2LP set by Japanese psych artist Harumi – and a record that stands proudly next to the best by Zappa or the Velvets at the time! The double-length space of the record really helps give it some shape – as Harumi starts out sweet, then gets a bit wilder, and increases the sense of experimentation as the set rolls on – so that the final track is a side-long psychedelic jam that's topped with spoken passages by Harumi's parents and sister! We like the poppier tunes the best, though – and they feature a mix of orchestrations, fuzzy guitar, and vibes – all layered with a really beautiful sense of sound, to accompany vocals by Harumi and Rosko. There's a gentle, breezy, and sometimes slightly funky quality to these numbers – Sunshine Pop with a trace of jazz – and exactly the kind of psyche album you might imagine from Verve in the 60s! Titles include "Sugar In Your Tea", "Caravan", "Hunters Of Heaven", "Talk About It", "First Impressions", "Don't Know What I'm Gonna Do", "Hello", "What A Day For Me", "We Love", "Fire By The River", and "Samurai Memories".  © 1996-2021, Dusty Groove, Inc.