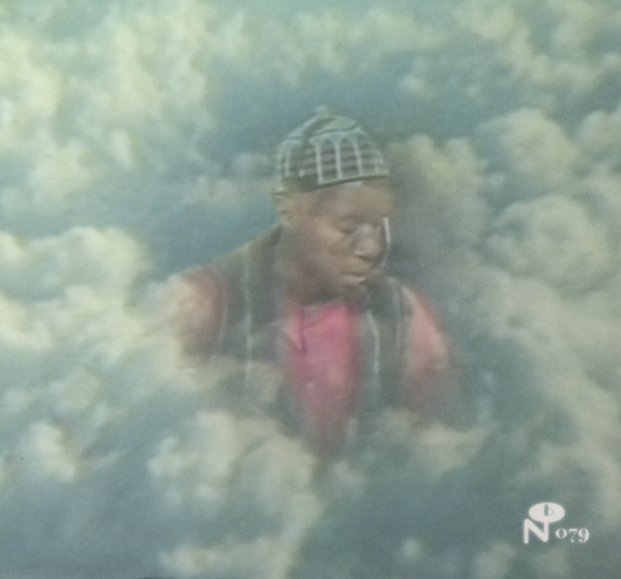 Music of a very different style than some of Laraaji's other work – more tuneful and song-based – with shorter tracks that show a whole different side of his talents! Laraaji's gotten great acclaim for his homespun spiritual sounds – long tracks that first found a home in Brian Eno's Ambient series, then came out on a variety of self-released records, and have even seen a big new revival in recent years. But the music here is a mixture of echoey vocals and rhythm patterns – songs that almost feel like special prayers of motivation and uplift – a karmic legacy stripped down more for an 80s generation, but still filled with a rich amount of spirit! The man's a surprisingly strong singer, with a trippy quality that really fits his lyrics – and almost gives some of the songs a late 60s sort of LA underground vibe. Titles include "Is This Clear", "Hare Jaya Jaya Rama", "Great Bells", "Laws Of Manifestation", "Cosmic Joe", "We Shall Be Lifted", and "I Can Only Bliss Out".  © 1996-2021, Dusty Groove, Inc.