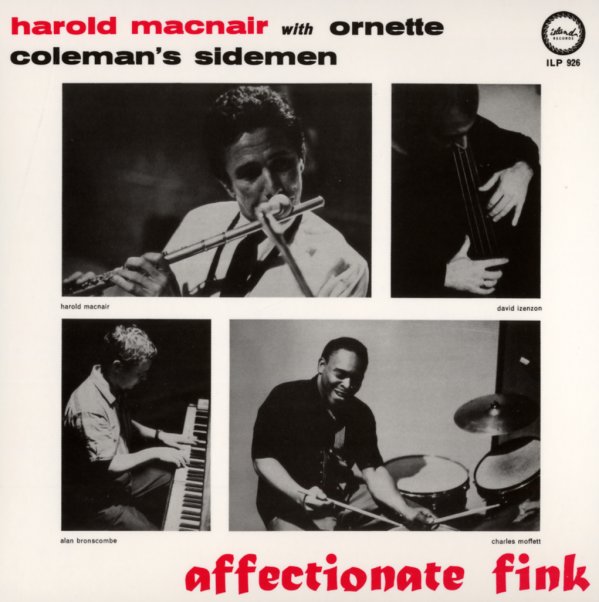 An incredible record from reedman Harold McNair – one of the key Jamaican jazz players who hit the London scene in the same post-colonial wave as Joe Harriott and Shake Keane – and maybe our favorite of the bunch! Harold's a hell of a talent on both tenor and flute – and although he might be best known for his background work on late 60s Donovan albums, he really soars here as a soloist – working with Ornette Coleman group members David Izenzon on bass and Charles Moffett on drums – both of whom swing wonderfully in McNair's company! The album bills Izenzon and Moffett strongly on the cover – as if they're one of the main attractions – but what's most compelling is the way that McNair and pianist Alan Branscombe bring the American musicians into their own sort of groove – a modal, soulful style that's completely sublime – and which makes the album a killer all the way through. Titles include the original "Affectionate Fink" – plus great takes on "I Love You", "O Barquinho", "You Stepped Out Of A Dream", and "Here's That Rainy Day" – all soulful swingers.  © 1996-2022, Dusty Groove, Inc.