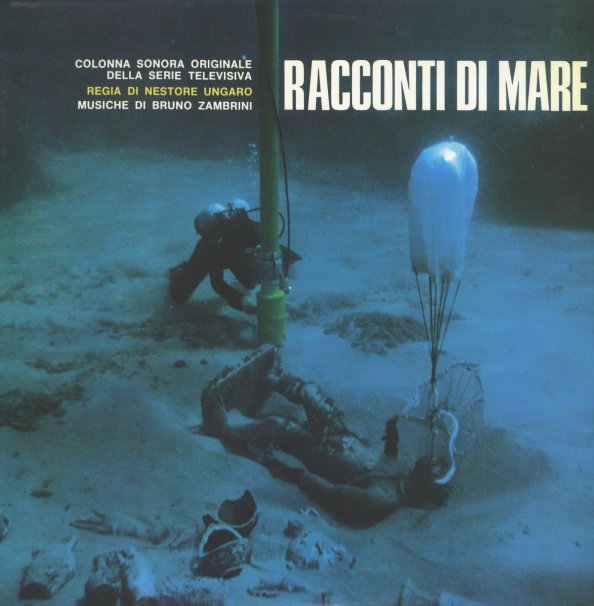 A beautiful ocean-based soundtrack – the kind of really special music we'd put right up there with the best seafaring scores by Sven Libaek or Francois De Roubaix! The style here draws on some of the best soundtrack modes of the late 60s – as the music is often jazzy, with some nice bossa currents at times – but also has some groovier bits, occasional wordless vocals, and even cool keyboards and a bit of electronics! Every song is a gem – and the soundtrack spins out in a beautiful way that's powerful, uplifting, and irrepressibly groovy. Titles include "Estasi Sul Mare", "Beat Psichedelico", "Tensione Negli Abissi", "Foreste Di Corallo", "Garko Al Caraibi", "Recupero Impossibile", "Laguna Di Notte", and "Fuga Nella Notte".  © 1996-2022, Dusty Groove, Inc.
(Includes bonus CD with stereo & mono mixes of the album!)

Fantabulous (turquoise vinyl pressing)
Trading Places (UK), 1968. New Copy
LP...$26.99 29.99
One of the grooviest soundtracks ever served up by Sandro Brugnolini – an Italian soundtrack artist who first started in jazz, but who here is really taking on some of the cooler, more upbeat modes of some of his 60s contemporaries! Some of the best cuts have a romping, organ-heavy sound ... LP, Vinyl record album