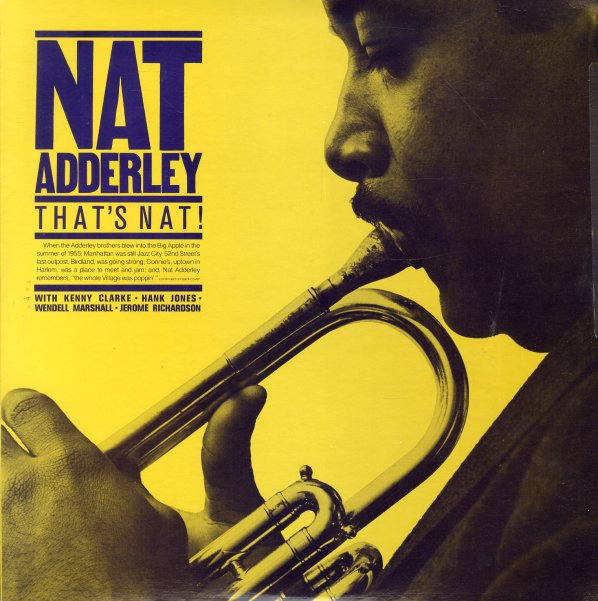 A real smoker from a young Nat Adderley – a session that has the leader on cornet, working in a tight hardbop combo with Jerome Richardson on tenor and flute, Hank Jones on piano, Wendell Marshall on bass, and Kenny Clarke on drums! The tracks are all nicely sharp-edge – that soulful Savoy sound of the mid 50s – and Richardson is especially nice, really getting a great sound from both his tenor and flute. Tracks are somewhat long, with good room for solos – and titles include "Porky", "I Married An Angel", "Kuzzin's Buzzin's", and "You Better Go Now".  © 1996-2020, Dusty Groove, Inc.
(Cover has a cut corner, light wear and aging, and promo sticker.)