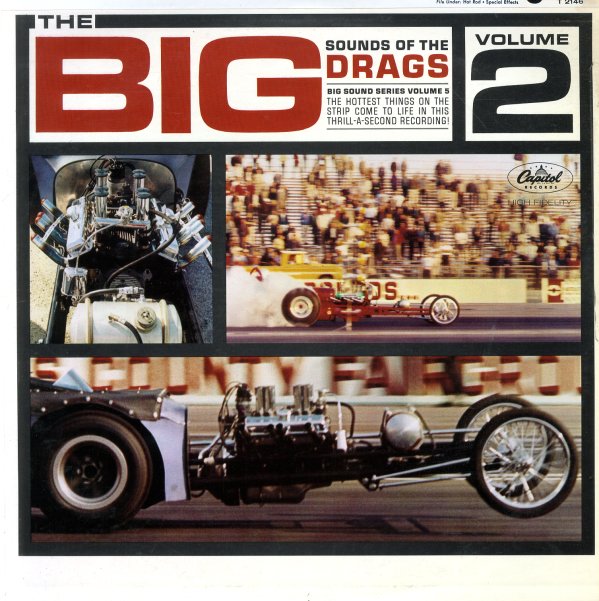 Big Sounds Of The Drags Vol 2

(Stereo pressing. Cover has a trace of a price sticker and light wear.)

Commercial Length Disc 8
TM Communications, Mid 70s. Near Mint-
LP...$19.99
Sound library music, but not of the funky kind from Italy that everybody's been digging these days. Instead, this is fairly straight music designed to back commercials, and the music is kind of light, breezy, and jingley. Some tracks have some moog, and others are played by a small orchestra. ... LP, Vinyl record album

Stargate Tapes 1979 to 1982
Finders Keepers (UK), Late 70s/Early 80s. Near Mint- 2LP
LP...$24.99
A beautifully trippy duo who work here mostly with electronics – but who use the instruments in very organic ways that are almost acoustic! There's an earthy, almost hippieish quality to the sounds on the set – music that belies the pair's placement in the pre-New Age instrumental ... LP, Vinyl record album