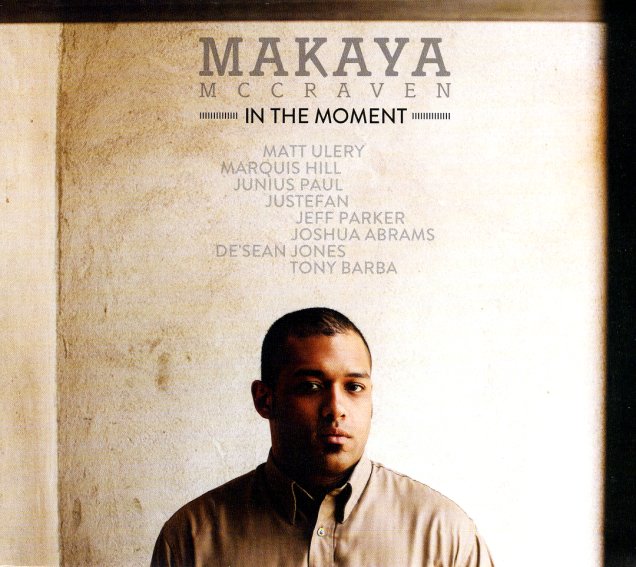 A totally unique record from drummer Makaya McCraven – and a great one too! The set's built around improvised performances recorded over the period of a year – with some of Chicago's best underground jazz talents, including Matt Ulery on bass, Marquis Hill on trumpet, Jeff Parker on guitar, Justefan on vibes, Desean Jones on tenor, Tony Barba on tenor and electronics, and Josh Abrams on bass – and the performances are then edited down into these shorter, focused tracks that are really wonderful! The music is still quite live in its approach at most moments – and often given a very rhythmic pulse in the way it's put together, but never in any sort of hokey or heavy-handed remix way. The basslines are wonderful – full, round, and very modal – and titles include "The Jaunt", "Time Travel", "The Encore", "The Drop", "Finances", "Just Stay Right There", and "Three Fifths A Man".  © 1996-2021, Dusty Groove, Inc.
(2nd pressing, with the Stewart Smith review on obi.)

Chicago Waves
International Anthem, 2020. Near Mint-
LP...$29.99 (CD...$11.99)
A record that's a bit of a dream come true for us at Dusty Groove – a set that features two of our favorite contemporary musicians, recording at a unique venue in our fair city – with a vibe that makes the record one of the best we've ever heard from the pair! Carlos Nino was one of ... LP, Vinyl record album