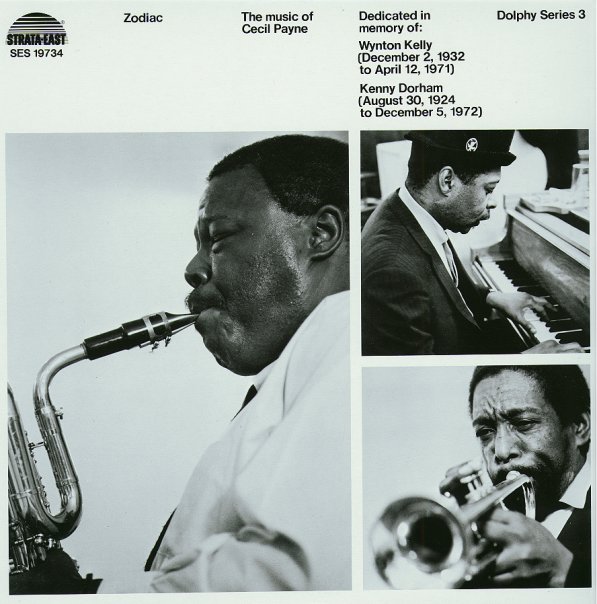 The third volume in Strata East's Dolphy Series, and a hard to find recording by the great baritone saxophonist Cecil Payne! Although Payne had his roots in earlier bop material, by the time of this recording, he'd emerged as an outspoken modernist – although few labels would give him the chance to prove himself in this respect – save for the legendary Strata East imprint, which gives Payne this chance to show a whole new side of his talents! The group is a perfect one to bridge the generations – with Kenny Dorham on trumpet, Wilbur Ware on bass, Wynton Kelly on piano, and Albert Heath on drums – stretching out beautifully in a set of original compositions that are easily some of Payne's best work on record ever. Tracks include "Follow Me", "Flying Fish", "Slide Hampton", and "Girl You Got a Home".  © 1996-2023, Dusty Groove, Inc.
(Limited edition.)