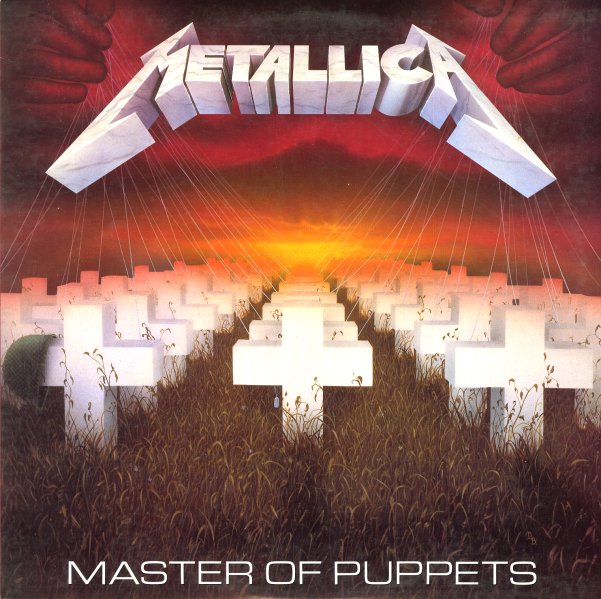 An unimpeachable metal masterpiece! Master Of Puppets is one of the rare cases when the critical and popular consensuses match right up and are both right on the money – there's just no arguing against this being considered one of the greatest, most influential, and surprisingly timeless metal albums of all time – and it built that reputation organically, fan by fan, without radio or music videos to hype it. All the more impressive for the few disarmingly quiet moments and borderline pretty instrumental passages before the heaviness comes walloping back in, this one is for the ages. All classic songs on this one: "Battery", "Master Of Puppets", "The Thing That Should Not Be", "Welcome Home (Sanitarium)", "Disposable Heroes", "Leper Messiah", "Orion" and "Damage, Inc.".  © 1996-2022, Dusty Groove, Inc.
(180 gram pressing on Metallica's own Blackened label – at a great price!)

More Songs About Buildings & Food (180 gram pressing)
Sire, 1978. New Copy (reissue)
LP...$24.99 26.98 (LP...$34.99)
Early genius from the Talking Heads – a set that's got a much sparer sound than most of their later work, and a surprisingly groovy feel overall! The starkness of the group's debut is still very much in place – lots of tight interplay between bass and guitar – but the rhythms are ... LP, Vinyl record album