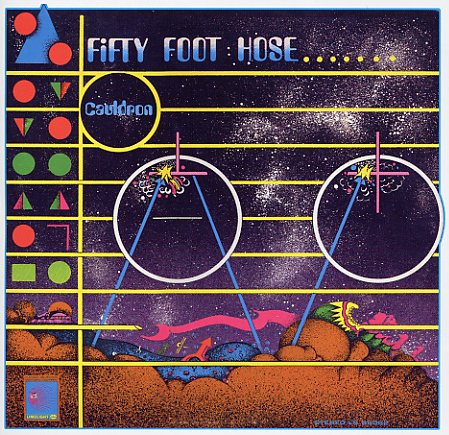 A massively tripped out batch of tunes – and one of THE psychedelic classics of the late 60s! Fifty Foot Hose had a sound that was half rock/half electronics – one that well suited their placement on the Limelight label, and which was a perfect bridge between the far side of rock and more artful music experiments at the time. The album uses an incredible range of electronic goodies – including oscillators, theremin, prepared guitar, prepared thumb piano, echolette, and even "squeaky box" – in a heady heady sound that's topped off by some male and female vocals as well! There's plenty of bits in here that have attracted sample heads over the years – including one great break – but the album stands perfectly well on its own, and is a masterpiece throughout! Titles include "And After", "Red The Sign Post", "For Paula", "Fantasy", "God Bless The Child", "Cauldron", "The Things That Concern You", and "If Not This Time".  © 1996-2021, Dusty Groove, Inc.