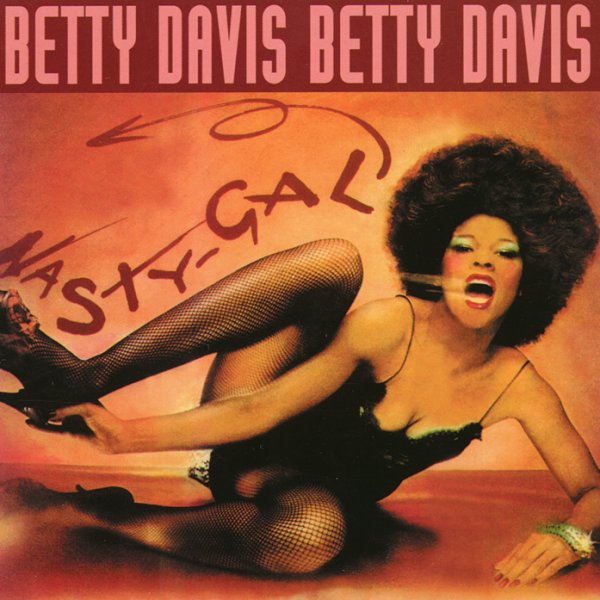 The biggest-label release ever cut by 70s funk legend Betty Davis – but a set that's every bit as hard and heavy as the indie dates that preceded it! Davis is at the top of her form here – bad-stepping amidst the heavy drums and freaked-out guitars that easily made her one of the funkiest folks working in the 70s – an artist who was definitely very much into her own bag, and who's only finally getting her due all these many years later! In a way, the groove is even leaner than before – especially the drums, which are turbocharged with energy, and set a badass vibe for the record throughout – mixing up equal parts of rock, funk, and soul – almost with the genre-busting modes that wouldn't really show up on the New York scene until a number of years later. The whole thing kicks ass – and titles include "Nasty Gal", "Talkin' Trash", "Dedicated To The Press", "FUNK", "Getting Kicked Off Havin Fun", "Shut Off The Light", "This Is It", "The Lone Ranger", and "Feelins". Great limited pressing of the classic – with liner notes, lyrics, and lots of cool photos!  © 1996-2021, Dusty Groove, Inc.