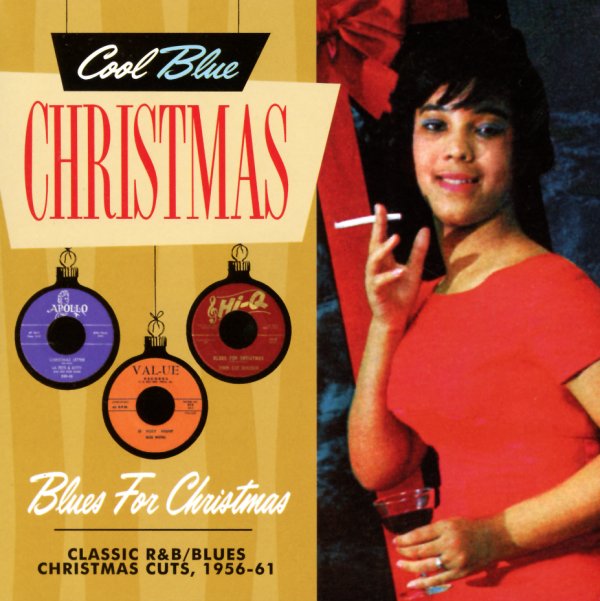 The title might be Blues For Christmas, but lots of these tunes are pretty bright and jumpy, too – a nice mix of 50s R&B and early soul styles, served up here in a mighty sweet little package that's a great antidote to some of too-familiar Christmas collections on the market! Most of the artists are names you'll know already – especially if you've got some 50s blues in your collection – but the setting is mighty fresh, and the tunes together spin out for a nicely extended batch of Holiday listening that goes way past the obvious! Titles include "Oh Holy Night" by The Blue Notes, "Christmas Letter" by La Fets & Kitty, "Christmas In Jail" by The Youngsters, "Christmas Time (part 1)" by Jimmy McCracklin, "Can This Be Christmas" by Eddie Floyd & The Falcons, "Rock & Roll Santa Claus" by Huey Smith & The Clowns, "Christmas Celebration" by BB King, "Christmas Tears" by Freddy King, "Rock & Roll Santa Claus" by Babs Gonzales, "When Was Jesus Born" by Marian Williams, "After New Years Eve" by The Heartbeats, "It's Christmas Time" by Marvin & Johnny, and "Santa" by Lightnin Hopkins.  © 1996-2021, Dusty Groove, Inc.