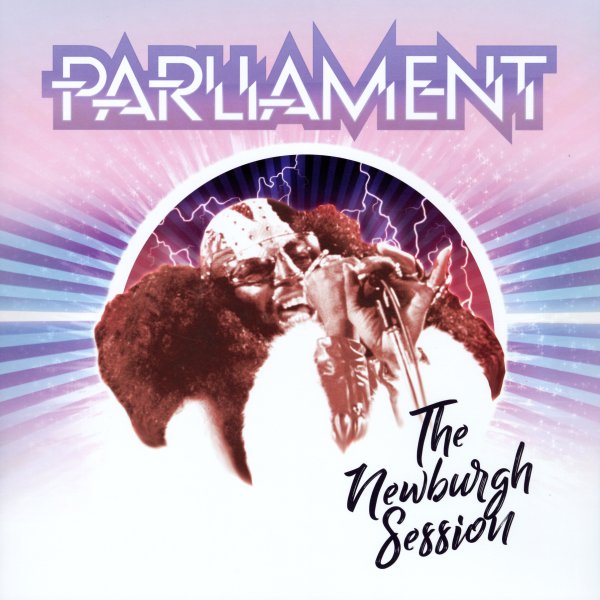 Vintage live recordings by George Clinton and his mighty P-Funk empire in the mid 70s – rehearsal sessions for the famous P-Funk Earth Tour – recorded in an airplane hanger in upstate New York! The sound is incredibly crisp and vibrant – these aren't sloppy rehearsal moments, but the group at their best – working with a tightness that's mindblowing, and having a sense of presence that's maybe even more upfront than the famous live album from the tour – as the smaller venue and recording style really captures the spontaneous energy of the performance! All the classic names are here, except Bootsy Collins – Fuzzy Haskins, Garry Shider, Jerome Brailey, Bernie Worrell, and even Fred Wesley and the Horny Horns – on titles that include "Standing On The Verge Of Getting It On", "Undisco Kidd", "Gettin To Know You", "Comin Round The Mountain", "Do That Stuff", "Dr Funkenstein", and "Mothership Connection".  © 1996-2021, Dusty Groove, Inc.
(Limited edition – on 180 gram colored vinyl!)

Hypocrisy
Poker/Regrooved (Netherlands), 1975. New Copy (reissue)
LP...$26.99
A Dutch funk set from the 70s, but one that stands nicely next to American work of the time – thanks to English language vocals from Dwight Thompson, and a really universal sense of a groove! The instrumentation is by a tight combo with a bit of a jazzy flourish – almost pointing the ... LP, Vinyl record album