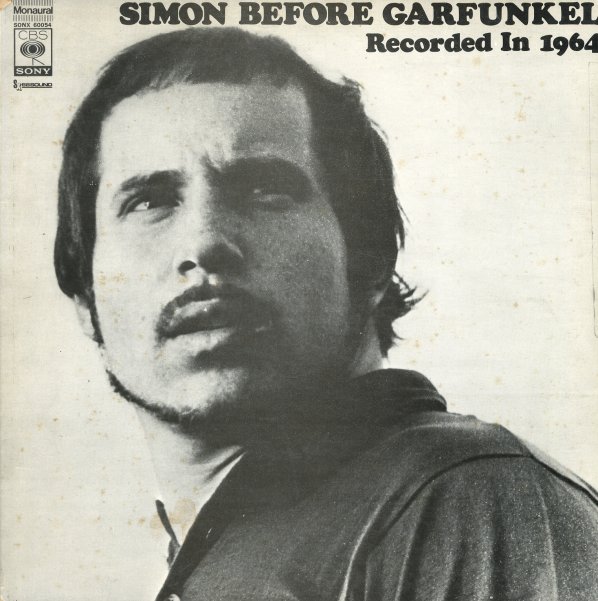 Simon Before Garfunkel – Recorded In 1964

A fantastic early chapter in the solo career of Paul Simon – an unusual 60s album made away from Art Garfunkel, and only released in the UK at the time! Word has it that Paul was never happy with the record, but we find it to be amazing – and this surprising link between his young talents and the growing wave of British folk geniuses, like John Renbourn, Bert Jansch, or John Martyn – as Paul mostly sings and plays guitar with very little in the way of other instrumentation – transforming the familiar songs recorded by Simon & Garfunkel into material that might be more at home on Transatlantic Records during the same time – very personal, very moody, and surprisingly dark overall. Titles include "Patterns", "He Was My Brother", "A Most Peculiar Man", "Sound Of Silence", "A Church Is Burning", "April Come She Will", "Leaves That Are Green", "Flowers Never Ben With The Rainfall", and "A Simple Desultory Philippic".  © 1996-2021, Dusty Groove, Inc.
(Cover has some light wear – vinyl is great! Includes insert.)