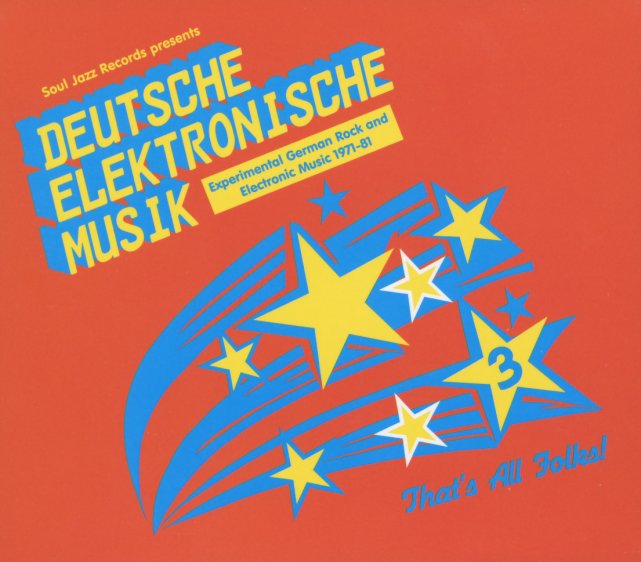 A totally great look at the explosion of electronic sounds in German music during the 70s – a set that goes way past more familiar Krautrock territory, to bring together elements from the artier side of the spectrum too, and even run up to some of the first great moments of the German new wave! Soul Jazz have been down this path before, but this time they're maybe following the road a little farther – as the track selection is especially great, and has a way of really illuminating the special sound of this generation, even if you already know some of the music! There's a few more meditative moments than on previous volumes, mixed with some tuneful tracks, funky numbers, and even a few subtle rockers – all laid out in a way that really makes the songs sound great together as a whole. Titles include "Dronz" by Novalis, "Wide Open Space Machine" by Klaus Weiss, "Deutscher Wald" by Deutsche Wertarbeit, "I'll Be Your Singer You'll Be My Song" by AR & Machines, "The Brain Of Oskar Panizza" by Michael Bundt, "And The Waters Opened" by Between, "White Overalls" by La Dusseldorf, "Tanz Der Vogel In Den Winden" by Achim Reichel, "Hollywood" by Cluster, "Die Haut Der Frau" by Pyrolator, and "Passage" by Streetmark.  © 1996-2022, Dusty Groove, Inc.
(Includes download!)