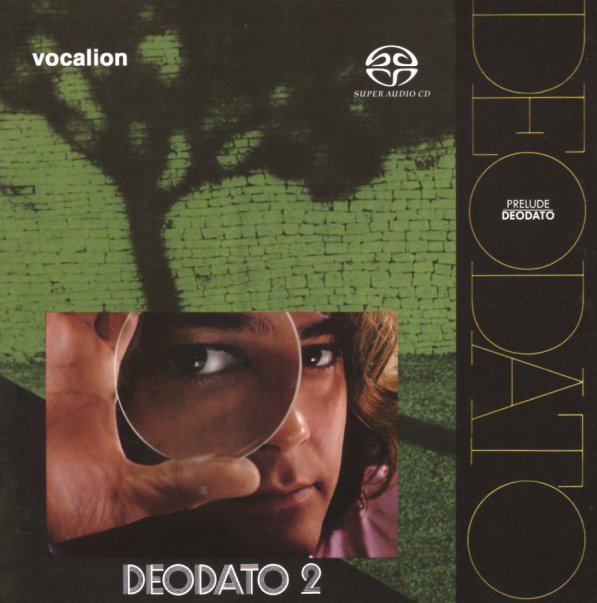 A pair of classics from Deodato – back to back on a single high-quality CD! First up is Prelude – a legendary album from the 70s funk scene – and one of the crowning achievements of keyboard maestro Eumir Deodato! Deodato got his start during the bossa years of the 60s – where his sophisticated charts were already enough to make his career a landmark – but in the following decade he picked up the Fender Rhodes, and really took off in a great new direction with classic records like this! The set's a wonderful blend of larger charts and jazzy soloing – with sublime Rhodes lines from the leader, plus a mix of acoustic and electric instrumentation in the best CTI mode – underscored by percussion from both Ray Barretto and Airto. The features Deodato's remake of "Also Sprach Zarathustra" into the funky "2001" – soaring with Fender Rhodes lines that set a new standard for the instrument, with a funky undercurrent that few would have expected for the tune. Other tracks are nice too – and include a great bossa-y version of "Baubles Bangles & Beads", plus "Spirit Of Summer", "September 13", and "Carly & Carole". Deodato 2 is filled with funky keyboards galore – and one of the greatest records ever from this legendary Brazilian jazz talent! The album follows nicely off Deodato's Prelude classic for CTI – and like that one, this set's built on long-flowing tunes that rise and fall with a wonderful sense of rhythm – a sublime electric piano groove that's quite different than anything Deodato recorded before – and possibly never realized this perfectly again after his CTI years. Other players include Stanley Clarke on bass, Billy Cobham on drums, and Hubert Laws on flute – and titles include the massive Latin funk track "Super Strut", plus the tunes "Pavane For A Dead Princess", "Skyscrapers", and a great version of "Nights In White Satin". Plus, this CD reissue features 3 bonus tracks – "Venus", "Do It Again", and "Latin Flute"!  © 1996-2021, Dusty Groove, Inc.
(Hybrid Super Audio CD pressing – works on standard CD players!)