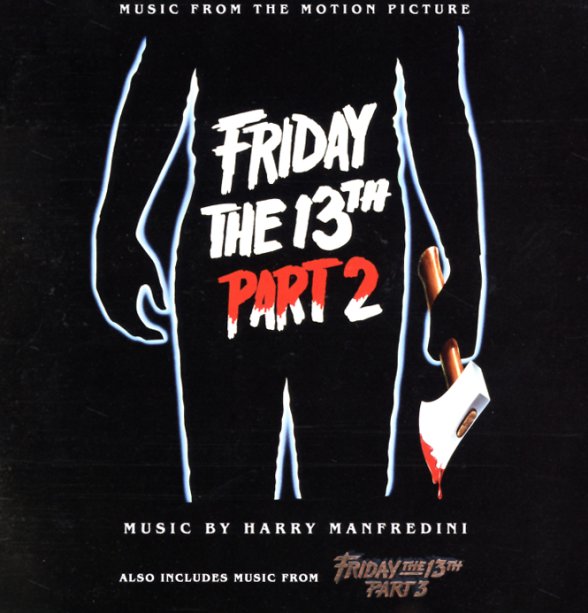 Beautifully chilling music to the second and third Friday The 13th films – all masterfully scored by Harry Manfredini! The sounds here aren't as electric or rockish as some of the other slasher work from the time – and in fact, most of the instrumentation is from acoustic sources, but used with the spareness and sharpness that was opened up in the generation of John Carpenter and Goblin – which makes Manfredini's use of strings a remarkable evolution in soundtrack styles! Familiar elements are often given a rasp or atonal edge – and the production sometimes emphasizes a bit of echo, too – so there's a sonic intensity to the music that comes as a very nice surprise. 2CD set features 17 tracks from Part 2, and 26 more tracks from Part 3 – the latter of which includes some re-used material from the first two films. A great package – and the first time these sounds have finally gotten their due in the CD generation.  © 1996-2021, Dusty Groove, Inc.
(Limited edition!)