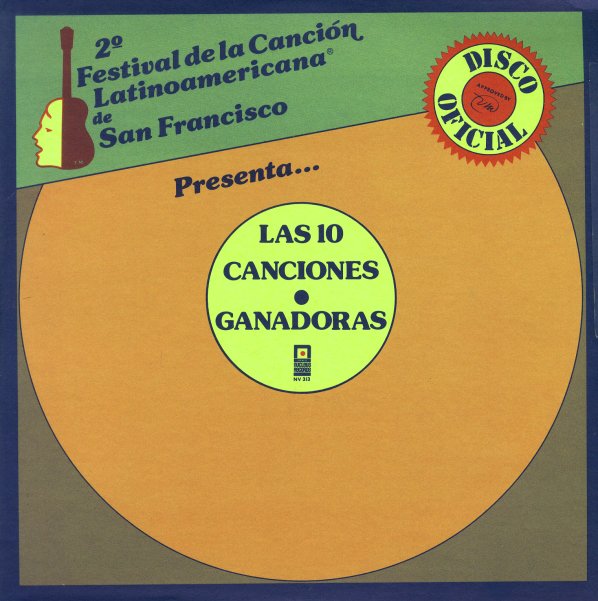 A compelling collection of underground Latin tracks recorded on the San Francisco scene – issued here by the Nucleus Records label, who were best known for their Bay Area Brazilian releases! The set features selections from a festival of Latin American styles in SF – and includes tuneful numbers in a variety of styles, all with vocals in the lead, and a mix of electric and acoustic instrumentation. You might think of these tracks as the indie side of Latin pop – especially for the period – and titles include "Mujer Joven" by Lorenzo Avila, "Promesa" by Patricia Leal, "Buscando Un Futuro" by Juan Rosales, "Vete" by Manuel Posada, "Amor Cobarde" by Juan Gomez, "Atras De La Montana" by Gloria Serrano, "Tu Fuiste Mi Primer Amor" by Lorenzo Avila, Abrazame" by Jorgte Salvador, and "Que Lastima" by Raymundo Lopez.  © 1996-2020, Dusty Groove, Inc.