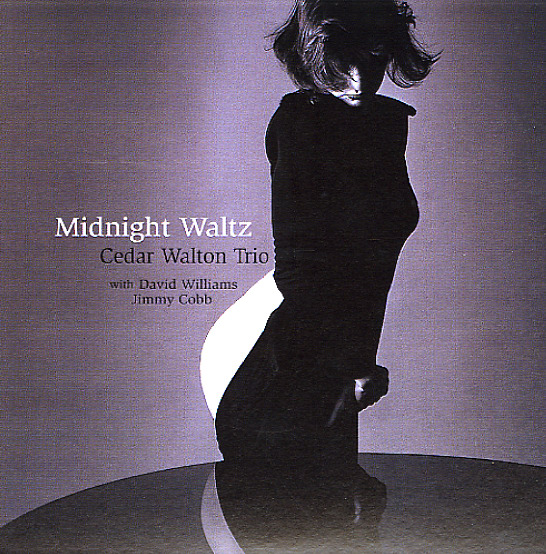 Wonderful work from Cedar Walton – the kind of simple, soulful set that has us always looking out for his albums again and again over the years! There's a fluid grace here that's wonderful – a vibe that's slightly different from some of Walton's American sessions, especially those that have a slightly higher concept – and in some ways, it almost feels like there's even more punch to his piano than usual, swung nicely by rhythm from David Williams on bass and Jimmy Cobb on drums. Titles include "Midnight Waltz", "Cedar's Blues", "Turquoise", "Bremond's Blues", "The Vision", and "Dear Ruth".  © 1996-2022, Dusty Groove, Inc.
(Out of print, includes obi.)

Eastern Rebellion 1
Timeless (Netherlands), 1975. Used
CD...$6.99
A seminal work in the development of the career of Cedar Walton – the formation of his excellent Eastern Rebellion ensemble, a group that became a platform for soul jazz expression for the next two decades! The group on this set features George Coleman on tenor, Sam Jones on bass, and Billy ... CD

Haunted Heart
Venus (Japan), 1997. Used
CD...$19.99
Part of the late 90s rise to genius from pianist Eddie Higgins – a set of simple, lyrical beauty that really holds up well over the years – one of those classics that were cut away from the age of the classics – the sort of record that Eddie should have been making many decades ... CD

New York Lullaby
Venus (Japan), 2005. Used
CD...$11.99
Great work by a relative newcomer – alto saxophonist Franceso Cafiso, recorded here in a wonderful setting with backing by a trio that features David Hazeltine on piano, David Williams on bass, and Joe Farnsworth on drums! The album's got the strength of spirit of some of Hazeltine and ... CD