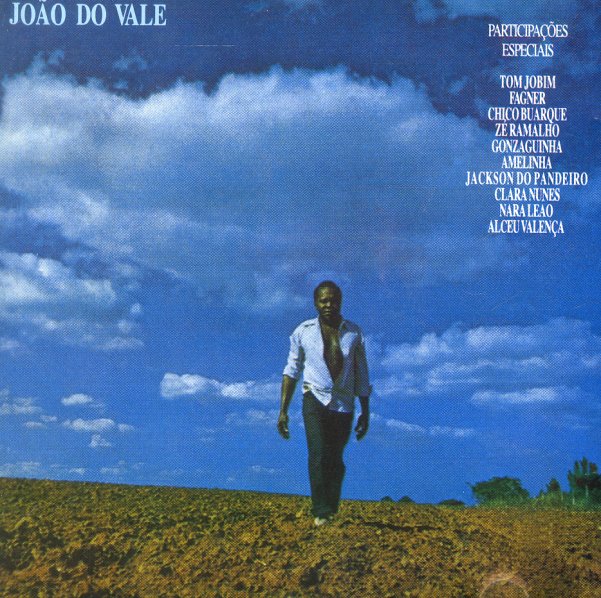 Rootsy work from singer Joao Do Vale – one of his strongest albums ever, recorded by Chico Buarque, who also makes an appearance on the album, along with guests that include Nara Leao, Tom Jobim, Clara Nunes, Jackso Do Pandeiro, Luiz Gonzaga Jr, and others. The approach is mostly samba-based, with some soulful touches that add a lot of warm to the session – and titles include "Pe Do Lageiro", "Na Asa Do Vento", "Pipira", "Fogo No Parana", "Minha Historia", "Morena Do Grotao", "Carcara", and "O Canto De Ema".  © 1996-2022, Dusty Groove, Inc.
(Out of print.)

Tudo Bonito
Rip Curl/Sony (Brazil), 2000. Used
CD...$11.99
A wonderful album from the lovely Joyce – one of her best of recent years! The record features Joyce working with bossa maestro Joao Donato – who plays acoustic and electric piano, sings, and helps Joyce with some of the arrangements – and the overall style of the album is very ... CD

Obrigado Vinicius
Sony (Brazil), 2013. Used
CD...$12.99
A contemporary set, but one with a very classic bossa feel – maybe even more so than most other recent work from Toquinho! As you'd guess from the title, the album pays tribute to Toquinho's frequent musical partner of the 70s – poet and lyricist Vinicius De Moraes, the man whose words ... CD

Antonio Brasileiro Jobim
Sony (Japan), 1995. Used
CD...$14.99 19.99 (CD...$6.99)
Later work from bossa legend Antonio Carlos Jobim – and a set that shows just how creative his talents could grow over the years! Jobim was never stuck in the simple trappings of the generation from which he emerged, and could instead find ways to bring the airy brilliance of his style into ... CD

Horizontal/Vertical
Sony (Brazil), 2011. Used
CD...$13.99
Lo Borges looks surprisingly youthful in the artwork for this CD – and his music sounds the same – every bit as fresh and personal as when he first sprang onto the scene with Milton Nascimento at the start of the 70s! As with other recent efforts, the songwriting is superb – as ... CD

Gilberto's Samba
Sony (Brazil), 2014. Used
CD...$9.99 11.99
One of the best records we've heard from Gilberto Gil in many, many years – a stripped-down session that focuses on his voice and guitar work – in a style that takes us back to Gil's earliest days in music! The album feels like some lost session that Gilberto might have recorded in the ... CD