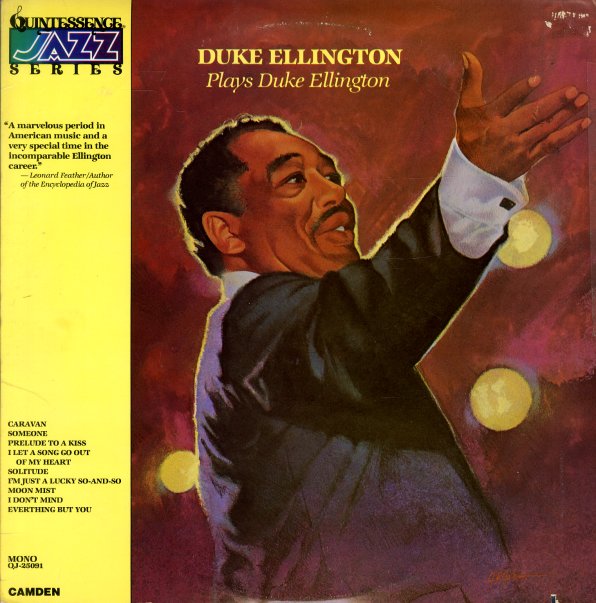 A collection of recordings from the 40s, with sidemen that include Juan Tizol and Lawrence Brown on trombone, Jimmy Hamilton on clarinet, Johnny Hodges on alto, Barney Bigard on clarinet and tenor, Ben Webster on tenor, Ray Nance and Wallace Jones on trumpet, with Fred Guy on guitar, Junior Raglin on bass, and Sonny Greer on drums.  © 1996-2021, Dusty Groove, Inc.
(Late 70s issue, still sealed, but with fraying and splitting at the bottom half of the spine.)

Hawk In Hi-Fi
RCA, 1956. Very Good
LP...$14.99
A wonderful late album from Coleman Hawkins – recorded in 1956 with the orchestra of Billy Byers, including soloists Zoot Sims, Al Cohn, and Hank Jones. Coleman's the main blower, though – and the arrangements have a solid base that lets him open up in that exploratory tone he was ... LP, Vinyl record album