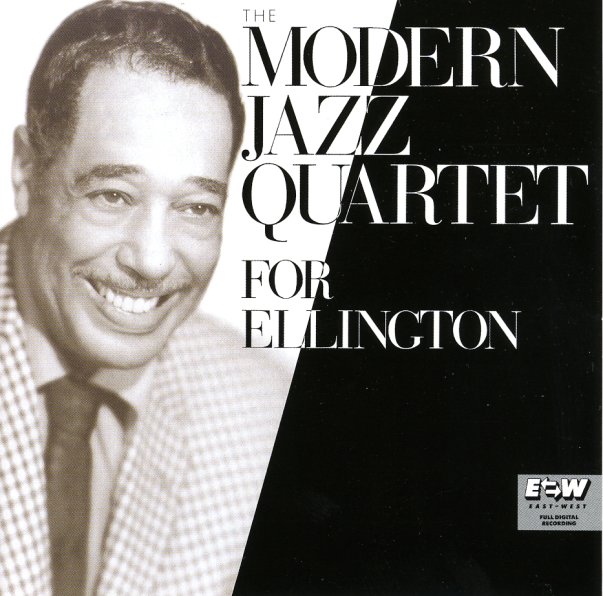 For Ellington is, obviously, a tribute to the Duke – but it's done in a really creative way that gets past any simple rehashed versions of his tunes! The MJQ's approach here is totally great – very different rhythmically than classical Ellington – in a way that pulls apart familiar tunes, and uses them as completely fresh vehicles for a new sort of improvisation. Milt Jackson's vibes are especially wonderful – full of color, and quite dramatic at times – and titles include the original numbers "Maestro EKE" and "For Ellington" – plus "Jack The Bear", "Sepia Panorama", "Rockin In Rhythm", and "It Don't Mean A Thing".  © 1996-2022, Dusty Groove, Inc.
(Cover has minimal wear.)