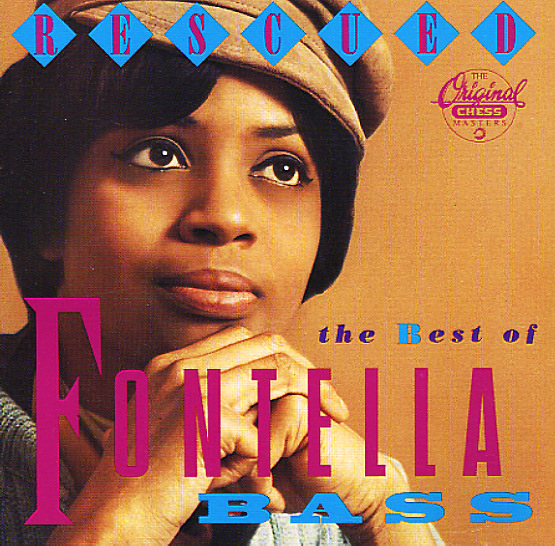 Rescued – The Best Of Fontella Bass

Killer hard female soul! Fontella Bass was one of the best voices of the 60s – and she cut a lot of great work besides her one huge hit "Rescue Me" (which everyone always seems to think was by Aretha Franklin anyway!) This CD brings together 16 great tracks from her years at Chess, when she was brought to the label by Oliver Sain, who also handled most of the recordings. The sound here is pure and simple hard soul, with none of the more sophisticated stuff that Bass got into later, after hooking up with Lester Bowie. Titles include "Recovery", "The Soul Of A Man", "Don't Mess Up A Good Thing", "Don't Jump", "Leave It In The Hands Of Love", and "Joy Of Love". Also features a few duets with Bobby McClure, and a previously unissued track.  © 1996-2021, Dusty Groove, Inc.
(Out of print, punch through barcode.)