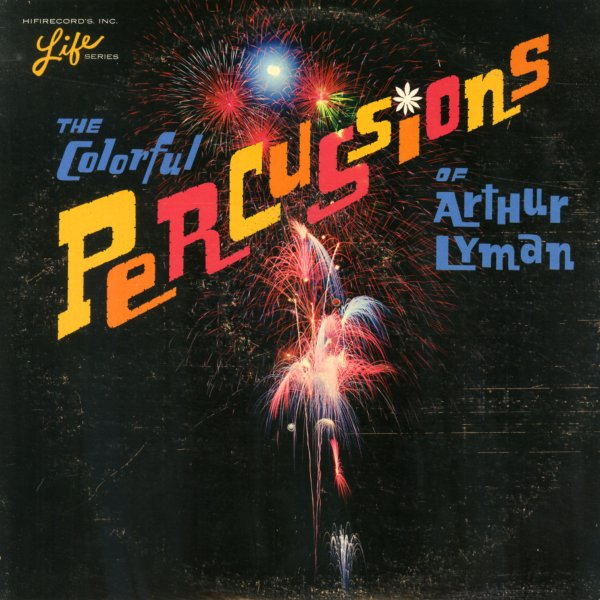 Arthur Lyman's percussions were always pretty colorful, but they sound especially so on this set – a record that has the group coming off with a bit more sensitivity than usual! The music here is really great – a stunning array of percussion techniques, odd sounds, and some jazzier riffs – all quite different than some of the work that Lyman did with Martin Denny, and with a great ear for the overall sound of each tune. Players include John Kramer on bass and flute, Harold Chang on bongos, and Lyman on vibes – and titles include "Rhumba Rhapsody", "I Talked To The Trees", "Blue Hawaii", "Aloha No Honolulu", "Carabunta", "Tangi Tiki", "Geisha Waltz" and "Moanin".  © 1996-2021, Dusty Groove, Inc.
(Cover has a half split top seam.)

New Thresholds In Sound
RCA, 1963. Very Good+
LP...$3.99
Sid Ramin at his most dynamic – heard here on this sweet RCA session from the early 60s, in modes that really show the same kind of arrangements that Sid was doing for TV at the time! The feel of the record really lives up to the "new thresholds" title – as Ramin pushes the ... LP, Vinyl record album