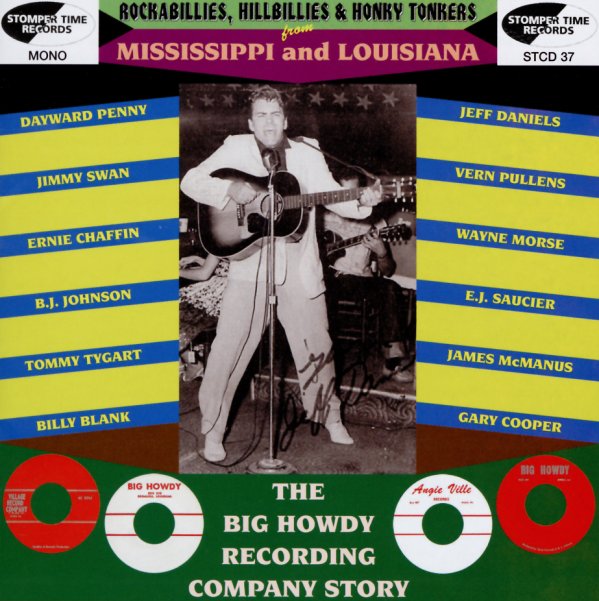 Great sounds recorded in the shadow of Sun Records – raw southern sounds from the early years of rock and roll – all handled by the tiny Big Howdy record label! The music here is a nice mish-mash of the kinds of sounds that broke big away from the cities – rockabilly with plenty of hillbilly in the mix, and often the other way around – and, as with many other indie labels in the hinterlands, the sounds here persisted for much longer than in the mainstream – as the label kept on recording cool combos and singers well into the second half of the 60s! As with other Stomper Time releases, there's a depth here that goes way past the obvious – maybe more than most folks might want, but a real treasure if you dig obscure "billy" sounds as much as us. 33 tracks in all – with titles that include "You Mr Moon & Me" by James McManus, "Switch Blade Sam" by Jeff Daniels, "Who Am I Gonna Believe" by BJ Johnson, "Ticket To Nowhere" by Tommy Tygart, "Flustered Monkey" by Dayward Penny, "Hard Luck" by Billy Blank, "Set Em Up Joe" by Ernie Chaffin, "Why Did You Change Your Mind" by Jimmy Swan, "Shackles & Chains" by BJ Johnson, "Lola Lee" by Jim Foster, and "If I Cry" by Vern Pullens.  © 1996-2022, Dusty Groove, Inc.