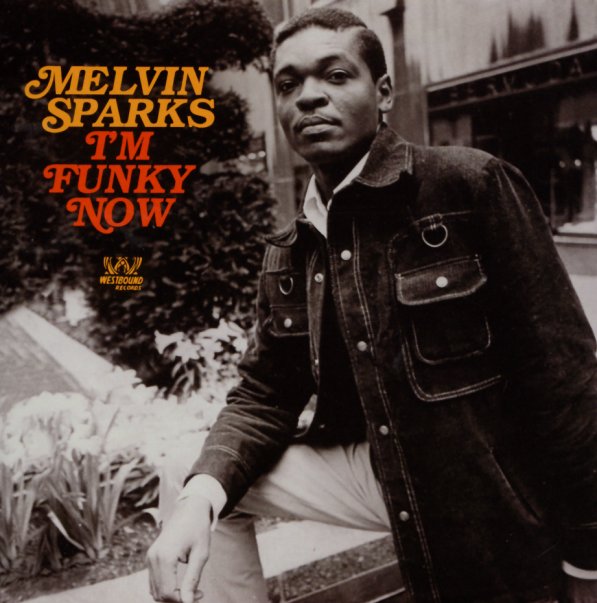 A never-issued album by funky guitar legend Melvin Sparks – recorded right after his final record for the Westbound label, and appearing here for the first time ever! Sparks first rose to fame via funky work with Lonnie Smith and Lou Donaldson in the late 60s, the cut some killer albums of his own and with organist Leon Spencer in the 60s – before disappearing a bit until a great revival in more recent years! This set represents Sparks right before he dropped off the map – a session that's done with a sweet jazz funk vibe that shows the way that labels like Westbound were picking up some of the style of the successful CTI/Kudu imprint – mixing some larger charts with the leader's solo strengths – allowing maybe some more soulful influences in the rhythms, while still going for a jazz funk approach overall. The set's much more instrumental than Sparks' last record for Westbound, which had more vocals – and although a few tracks have an upbeat clubby style, most of the music is more in a midtempo mode. Titles include "Love Tones", "I'm Funky Now", "I'm Gonna Funk You Up", "You're Gonna Make It", "The Truth Hurts", "Make It Good", and "Disco Booty".  © 1996-2023, Dusty Groove, Inc.

Swiss Suite
Flying Dutchman/BGP (UK), 1971. New Copy
CD...$7.99 14.99
A killer set of searing soulful spiritual material from Oliver Nelson – and one of his best albums of the 70s! There's hardly anything "Swiss" in the music – save for the fact that it was recorded at the Montreux Jazz Fest – as the large ensemble recording has Nelson at ... CD

Gettin' Off/Outlook (UK pressing)
Westbound (UK), Early 70s. New Copy
CD...$9.99 18.99 (CD...$5.99)
2 killer jazz funk albums – both rare, and both on one CD! The records were cut for the short-lived Eastbound side of the soul/funk Westbound label, both under the supervision of Bob Porter, who handled some of the best early 70s jazz funk work for Prestige! Both albums also feature ... CD