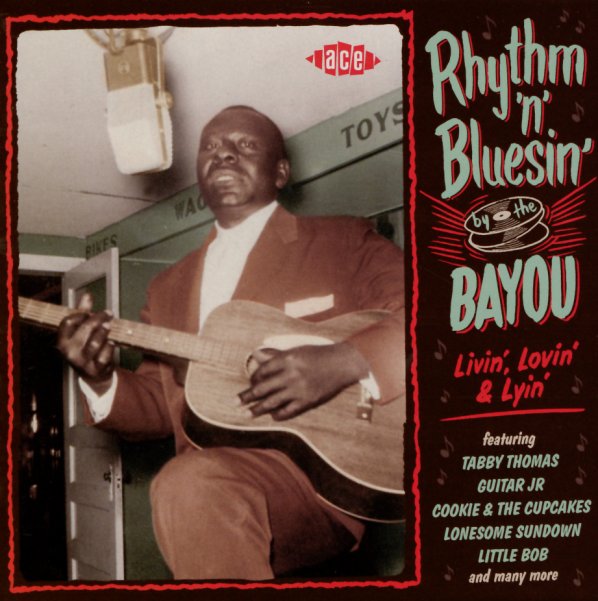 A massive amount of musical discoveries from the Louisiana scene – a set that features a huge amount of unissued tracks from back in the day – but all with the kind of vibe that matches some of the best early soul and R&B on labels like Specialty, Minit, and Imperial! The wealth of sounds from the swamp state are mindblowing – because even though Louisiana gave us plenty of hits in the 50s and 60s, there was so much more talent bubbling just underneath – thanks not just to some top-shelf artists who never fully got their due – but also a great network of studios and labels too. Only a few of these tracks ever came out as singles around the time they were recorded – more were issued later on reissues in the 80s, and a lot more appear here for the first time ever – in a package that might well be the best so far in this excellent series. Titles include "Don't Know Why" by Little Nolton, "Give It Up" by Lonesome Sundown", "I Keep Crying" by Cookie & The Cupcakes, "Crying Crying" by Sticks Herman, "Baby If You Want To Play"b y James Freeman, "But You Thrill Me" by King Charles, "I Got It Made" by Guitar Jr, "Boogie With Calypso" by Joe August, "Don't Say" by Tabby Thomas, "Baby's Got Bad Feet" by Eddie Williams, "I Know" by Elizabeth, "I Would Be A Sinner" by Charles Sheffield, "Baby Baby Come To Papa" by King Carl, and "Mama's Little Girl" by Van Preston.  © 1996-2023, Dusty Groove, Inc.