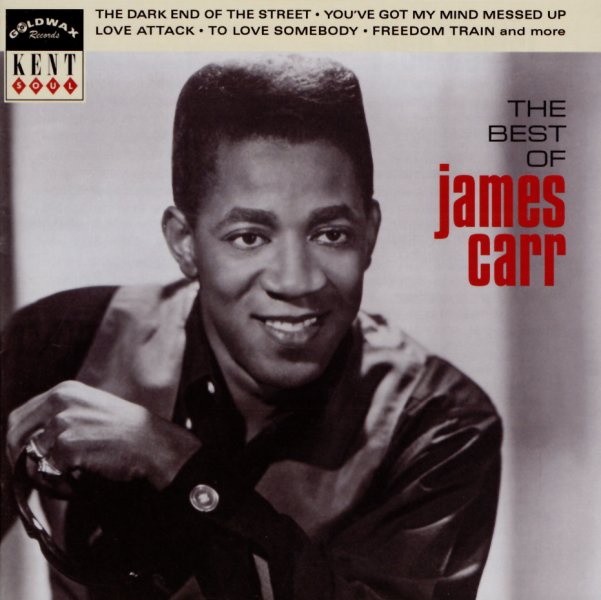 A beautiful collection of work from the legendary James Carr – a singer that those in the know place at the same level as Otis Redding, Wilson Pickett, or any of the deep soul greats of the 60s! Like Otis, James recorded heavily on the Memphis scene at the time – not for Stax or Atlantic, but for the smaller Goldwax label – who really hit magic with the sounds you'll hear on this set – a perfect blend of the richness of James' voice with the kind of slow-burning soul sounds that the scene was really hitting during its golden years! The songwriters alone here are enough to sell the set to any fan of classic southern soul – as tunes include contributions from Chips Moman, Dan Penn, Quinton Claunch, William Bell, and Spooner Oldham – writers who maybe never had a better interpreter of their work than Carr – who knocks it out of the park here on tunes that include "Love Attack", "Dark End Of The Street", "Freedom Train", "Pouring Water On A Drowning Man", "You've Got My Mind Messed Up", "A Man Needs A Woman", "Let's Face Facts", "You Hurt So Good", "I Don't Want To Be Hurt Anymore", "I'm A Fool For You", "Your Love Made A U-Turn", and "Let It Happen".  © 1996-2023, Dusty Groove, Inc.

Man Needs A Woman (plus bonus tracks!)
Goldwax/Kent (UK), Late 60s. New Copy
CD...$9.99 18.99 (LP...$11.99)
Sublime southern soul from one of the greats! James Carr is right up there with the best of the 60s – Otis Redding, Arthur Conley, Joe Tex, and others – but he never made it as big as them because of personal troubles and bad planning on the part of his label and management. ... CD