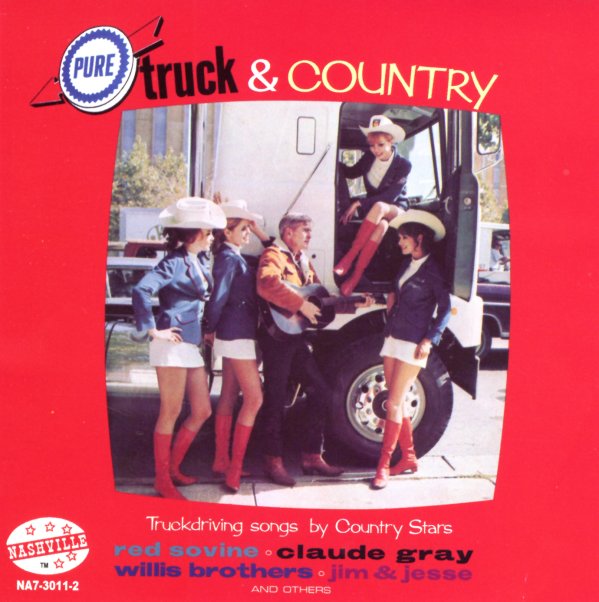 Those are the Truckstoppers on the cover – a set of lovely ladies that the Pure Oil company sent around to truckstops in the 60s – which, along with the music here, reminds us that the decade was a perfect time for the marriage of the truck driver and country music! The set brings together some killers from the catalog of Starday Records – all truck-themed tunes, including a few bluegrass instrumentals – all of which tell the tale of the working man's blues behind the wheel on the interstate! Titles include "Big Wheel" by Ray King, "Hitch Hiking Girl" by Red Sovine, "Diesel Smoke On Danger Road" by Willis Brothers, "Gooseball Brown" by Lonnie Irving, "Wild Catter" by Tommy Downs, "Curves & In-Betweens" by Ray King, and "Our Sleeper Cab Home" by Pat & Darrell.  © 1996-2022, Dusty Groove, Inc.