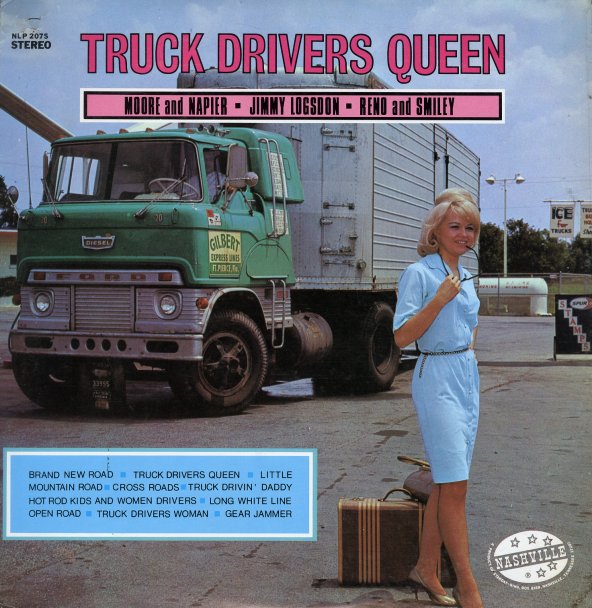 One of the coolest entries in the Starday Records series of truck-themed collections in the 60s – partly because this one features material by just a small core of artists, and also because there's a fair bit of bluegrass in the mix as well! The tunes still have the truck-heavy tones of the other work of the time – but the vibe here is much more bluegrass than country (although we love country truck records too!) – and showcases some of the excellent artists who were being recorded by Starday at the time, with a very lean, respectful sound that holds up wonderfully over the years! Titles include "Truck Driver's Queen", "Hot Rod Kids & Women Drivers", "Truck Driver's Woman", and "Long White Line" by Moore & Napier; "Little Mountain Road", "Crossroads", and "Brand New Road" by Reno & Smiley; and "Gear Jammer" and "Truck Drivin Daddy" by Jimmy Logsdon.  © 1996-2022, Dusty Groove, Inc.