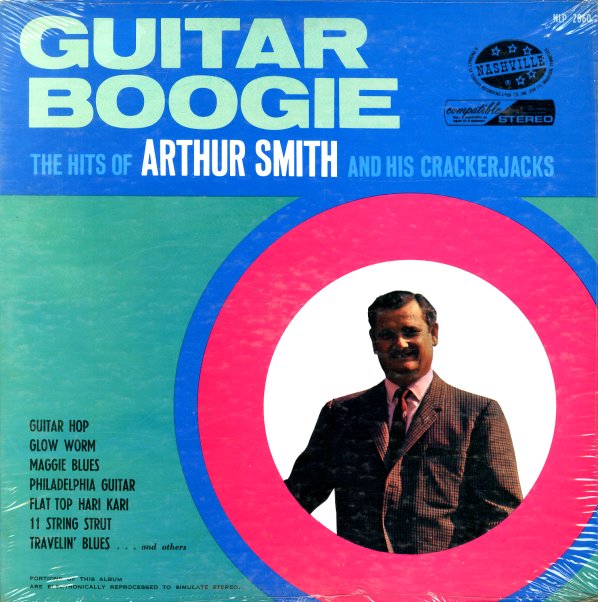 Chugging country guitar from Arthur "Guitar Boogie" Smith – one of the hottest country instrumentalists of the 50s! Smith's heard here in a nicely understated setting – a Starday session from the 60s, with a great back to basics vibe that really focuses on his tight work on the strings – set up on tunes that have a nicely rompin rhythm, but which always feature Smith breaking out in a mighty sharp solo! Titles include his classic "Guitar Boogie" – plus "11 String Strut", "Flat Top Hari Kari", "Guitar Hop", "Maggie Blues On Guitar", "Troubled Mind Blues", and "Philadelphia Guitar".  © 1996-2022, Dusty Groove, Inc.