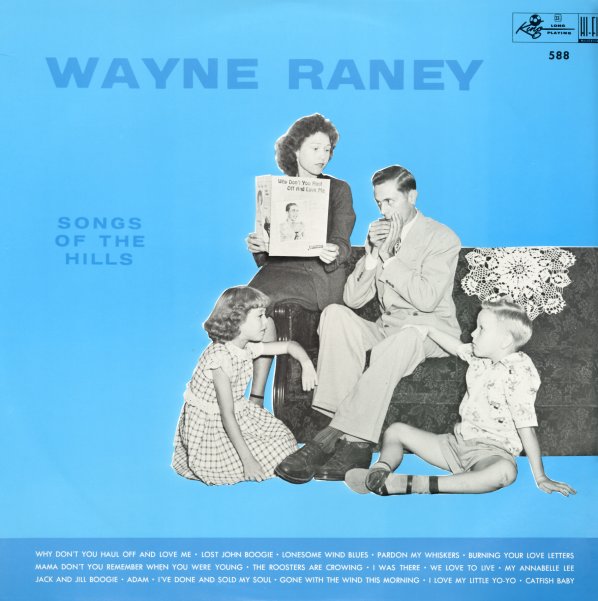 Not the usual sounds you might expect from postwar country music – as Wayne Raney's an unusual star from the King Records roster – one who could play harmonica as well as sing, and who definitely brought a strong boogie current to his hillbilly material! The album's a heavyweight collection of Raney's early work for King – classic singles, pulled together into a full album that's got a lot more bite than you might expect from the domestic image on the cover! Titles include "Lost John Boogie", "Pardon My Whiskers", "The Roosters Are Crowing", "We Love To Live", "My Annabelle Lee", "I Done & Sold My Soul", "Gone With The Wind This Morning", and "Catfish Baby".  © 1996-2022, Dusty Groove, Inc.