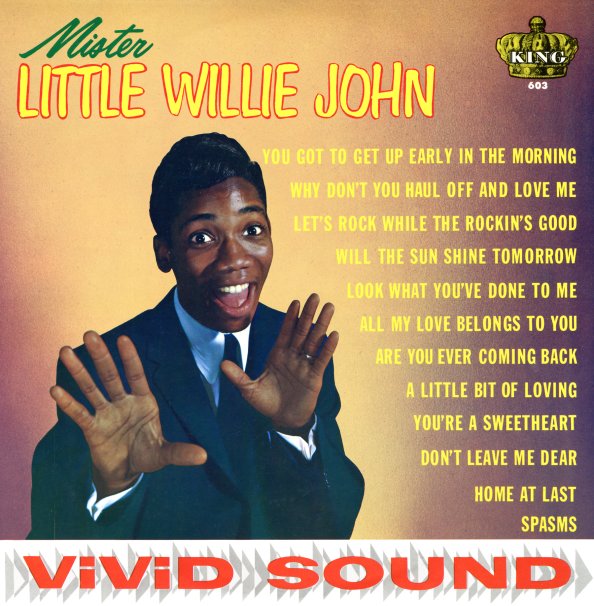 Tremendous work from Little Willie John – one of those singers who always grabs our attention! Willie's light years ahead of most of his contemporaries here – already moving more towards soul than R&B, and really shaking himself free of any bluesy cliches. Most of the tunes feature small group backings – often with a touch of jazz, thanks to the presence of Hal Singer and Willis Jackson on tenor – and titles include "Spasms", "Let's Rock While The Rockin's Good", "Home At Last", "You're A Sweetheart", "A Little Bit Of Loving", "Why Don't You Haul Off & Love Me", "All My Love Belongs To You", and "Are You Ever Coming Back".  © 1996-2021, Dusty Groove, Inc.