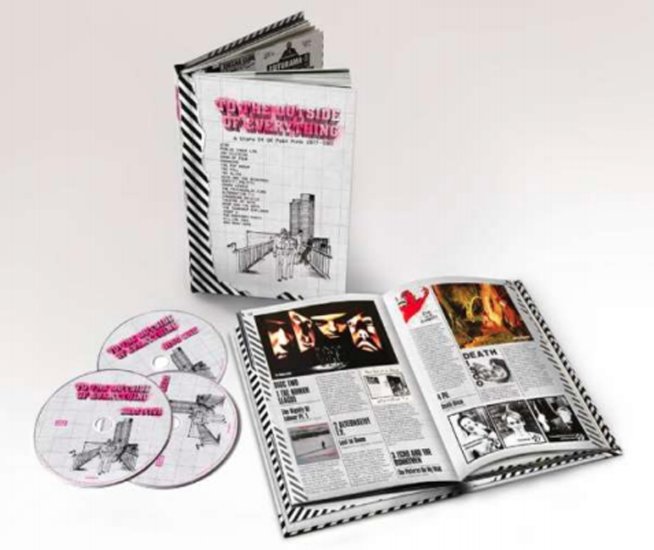 Great sounds from some of our favorite years of the British scene – those moments right after punk first exploded, and a generation of young English artists took off in so many different musical directions! The era's been labeled as post-punk, but what makes it really unique is that the label hardly does the music justice – as the time had such a rich array of sounds and styles, it would be impossible to sum of the vibe in just a few short words! There's definitely some punk elements in the music, but there's also electronic moments, sweeter songs, noisy bits, compressed prog inspirations, and even some occasional witty elements – with songwriting that's really stood the test of time over the years. There have been other collections of post-punk work over the years, but we've never seen a package like this – as the 5CD set features 111 tracks in all, packaged inside a book-style cover that's overflowing with notes and images – all with a track selection that includes lots of lost gems. In other words, even if you're like us, and already love this period, you'll still find plenty of greatness here – as the whole thing's balanced well enough to please both newcomers and longtime collectors. Includes work by Dif Juz, Glaxo Babies, The Homosexuals, Ultravox, Swell Maps, Clock DVD, Maximum Joy, Section 25, The Cravats, Native Hipsters, Josef K, Art Objects, The Passions, Big In Japan, Fischer-Z, Family Fodder, Girls At Our Best, Ludus, Boots For Dancing, In Camera, The Disco Zombies, Medium Medium, Alternative TV, The Nightingales, My Captains, Five Or Six, Steve Diggle, Dance Chapter, Fire Engines, Spoon Fazer, and many others!  © 1996-2022, Dusty Groove, Inc.