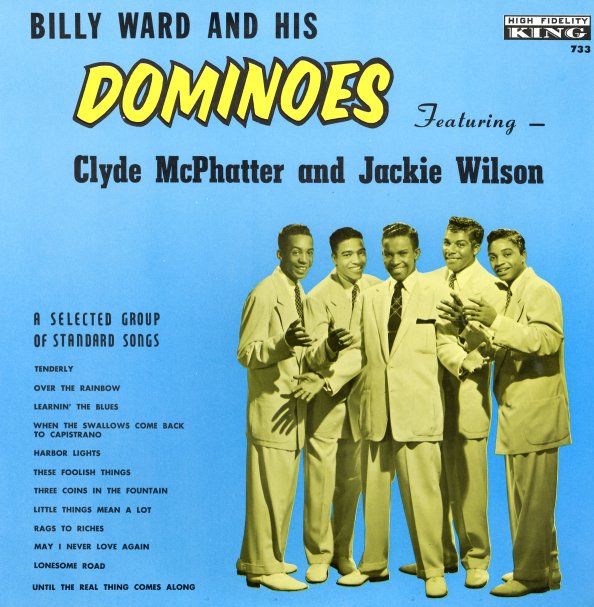 Mighty work from The Dominoes – a group who got their start here on some key sides for King Records, which then had a huge impact on the sound of vocal groups for years to come! The lineup here includes early performances by both Jackie Wilson and Clyde McPhatter – two later superstars in the world of soul, whose voices here help the group crackle with an edge that's quite different than the more polished style of a few years before! And yet, The Dominoes can also be classy when they want – as heavenly as on ballads as when McPhatter was in The Drifters, at a level that actually makes this work a perfect percursor for The Drifters' 50s material on Atlantic. Titles include "Learnin The Blues", "Three Coins In The Fountain", "Lonesome Road", "Until The Real Thing Comes Along", "May I Never Love Again", "Little Things Mean A Lot", and "Harbor Lights".  © 1996-2021, Dusty Groove, Inc.