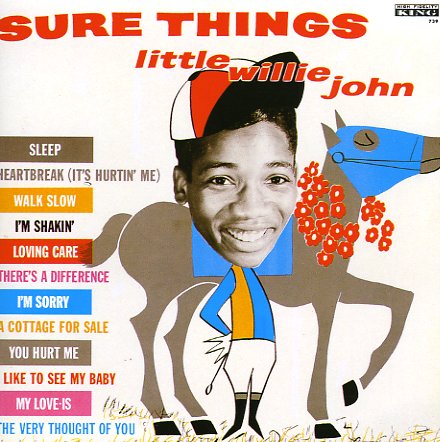 It's always a sure thing when we see the name of Little Willie John on the cover of a record – a sure thing that the music's going to be great, the vocals sublime, and the whole thing a non-stop package of raw early soul! Willie's a singer who recorded for King Records during the same early years as James Brown and Hank Ballard – and his tremendous talents were part of that label's trio of genius at the time – a genius that, for Willie, got cut too short due to some time behind bars – a later legacy that's maybe always informed people's understanding of his music. Yet even without that back story, the sounds here are amazing on their own – extremely powerful, and a great fusion of earlier R&B modes with the growing soul styles to come – cut right to the bone with stellar King production. Titles include "My Love Is", "I Like To See My Baby", "Walk Slow", "The Very Thought Of You", "Loving Care", "You Hurt Me", "I'm Shakin", "A Cottage For Sale", and "There's A Difference".  © 1996-2021, Dusty Groove, Inc.