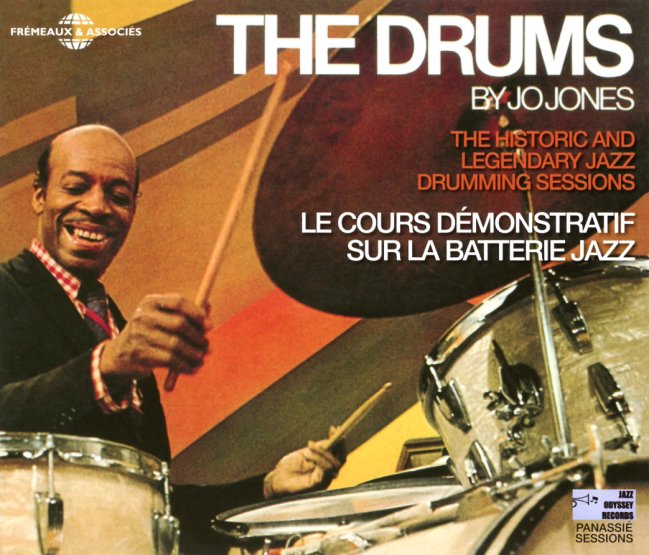 Some of the coolest recordings ever made by the legendary Jo Jones – two albums that were initially presented almost as jazz instruction material, but which more than stand strongly on their own as solo drum session! Jones is already a well-known force in jazz – but hearing him like this, you'll be even more surprised at his talents – as the recordings not only feature Jo working through a huge amount of rhythms and changes, but also performing tributes to some of his favorite jazz drummers in the second half of the set! Many numbers feature spoken introductions by Jones, and the whole thing almost feels like some intimate session – but the strength of his performance is tremendous, and the lack of other instruments really let you hear that amazing way that Jo had of working all over the space of the drum kit. Titles include "Latin Rhythms", "Drum Solo No 1", "Basics Gadgets Effects", "Baby Dodds", "Making Changes", "Colours", "Chick Webb", "Baby Lovett", "Walter Johnson", "Sonny Greer", "Unnamed Drummer From St Louis", and "Rim Shots/Tom Tom".  © 1996-2022, Dusty Groove, Inc.