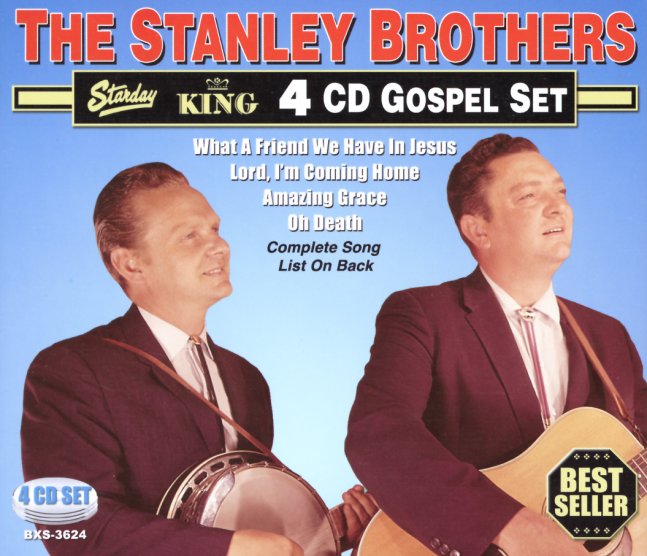 Heavenly sounds from this legendary duo – a great collection of spiritual sides the bluegrass brothers recorded for King and Starday Records – all material that was maybe even more important to their catalog than their secular singles! Ralph and Carter Stanley have a fantastic harmony approach – and like their contemporaries, the Louvin Brothers, their vocal style is wonderfully suited to gospel songs – not the sounds you'd know from Chicago churches, or mainstream televangelists – but instead the songs from the hills, almost best delivered in the private, personal manner that was such a big part of old time music, carried forward into the bluegrass years. The guitar and banjo work of the pair is more subdued at times here – leaving even more wonderful focus on their vocals – and the 4CD set features 42 tracks in all – with titles that include "This World Is Not My Home", "Beautiful Life", "Farther Along", "The Darkest Hour Is Just Before The Dawn", "Where The Soul Never Dies", "I Just Dropped By", "Will The Circle Be Unbroken", "Oh Death", "Shoutin On The Hills Of Glory", "The End Of The Road", and "Building On That Rock".  © 1996-2021, Dusty Groove, Inc.

Cash On The Barrelhead
Gusto, Early 80s. New Copy
CD...$4.99 7.99
Really wonderful later work from the great Charlie Louvin – done years after the breakout of the famous Louvin Brothers duo, and after his brother Ira had passed on – a set of indie recordings that are mostly from the early 80s, and which show Charlie in pretty great formation on his ... CD