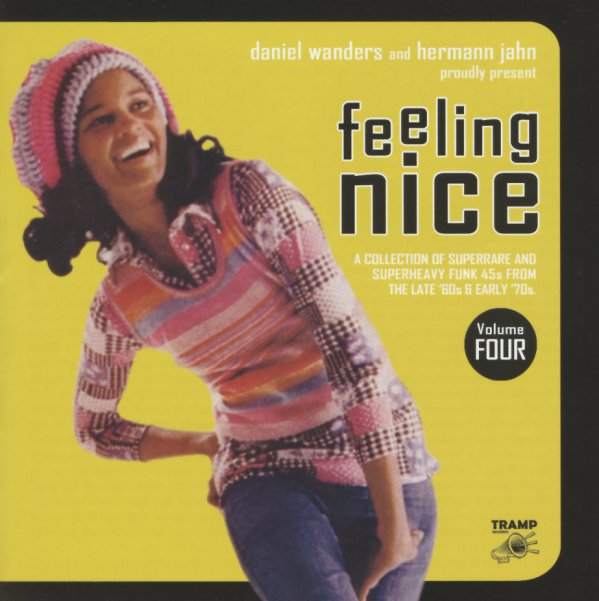 Great sounds from a series that's always got us Feeling Nice – thanks to its never-ending array of rare funk and soul tracks from the glory days of the scene! The work here goes way past the obvious – and given that Tramp's been giving us some of the best funky 45 reissues for over a decade, the label's very well-poised to dig up the kind of rare nuggets that often put most other compilations of this nature to shame – cuts that have yet to be discovered, collected, and sampled by most of the rest of us! The groove is unstoppable throughout, and the cuts are the best sort of rare funky 45s – tight, short, and packing a hell of a punch – that sound that only came from deep deep deep in the American underground at the end of the 60s. Titles include "Basement Jam" by TNT Powerhouse, "Walkin The Duck" by Jim Pipkin & Boss Five, "Wake Me Up" by George Johnson, "Big Bear" by Big Bear Revue, "The Swimming Monkey" by Harold Andrews & The Sha-Bangs, "It Ain't What You Do" by Little Caesar & The Euterpeans, "Karate" by Mr Clean & The Cleansers, "Strut Your Stuff" by Donald Ray & Revue, "Shing-A-Ling Baby" by Donnie Sanders & Don Juans, "What About Mars" by Moony Moon, "Silver Black Summer Day" by Living Funk, and "No That Ain't Groovy" by Al Sinclair.  © 1996-2021, Dusty Groove, Inc.
(Includes bonus 7 inch – the previously unreleased "I Feel A Groove Comin ON" by South Side.)